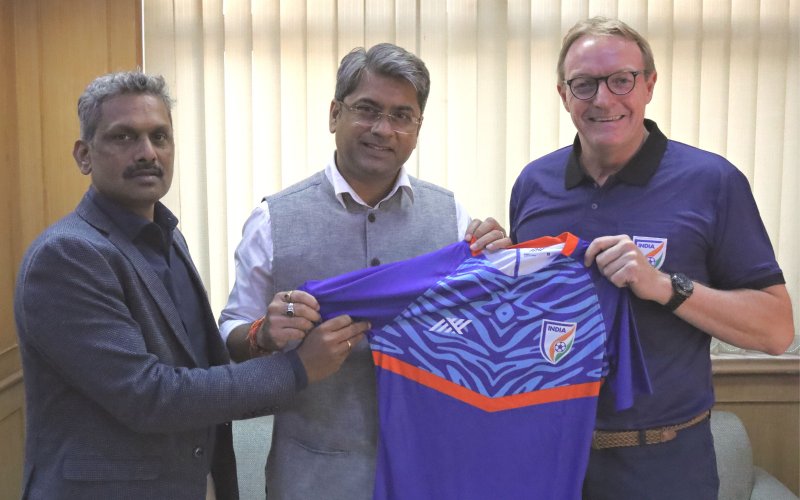 The All India Federation (AIFF) announce Trevor Kettle as the Chief Refereeing Officer (CRO) and he will oversee all refereeing matters.

The implementation of the Elite Refereeing Development Plan (ERDP), developing and identifying refereeing talent from the grassroots, and professionalizing those operating at the elite level will fall within Kettle’s remit. This will require close collaboration with many stakeholders across the country and he will work in conjunction with the newly-elected AIFF Referees Committee.

The kettle brings with him a wealth of experience from within the English professional game, having officiated in over 800 professional games and at every English club ground. A Premier League Assistant Referee from 1999-2003, he witnessed first-hand the introduction of full-time professional referees and officiated in the final of the Football League Cup between Tottenham Hotspur v Blackburn Rovers, the first Community Shield between Liverpool v Arsenal and many other high-profile games. Promoted to the National List of Referees in 2003, he officiated across the three English football leagues, including the Championship, and was one of the senior-most referees whilst pursuing the high-profile role he now commands as CRO in India.

In addition, he was the prime spokesperson for the National Group of Referees and was instrumental in pursuing initiatives to improve the fairness and integrity of match officials. Besides being a highly experienced match official, Trevor has also held senior management and strategic roles within the Royal Air Force for 29 years, reaching the rank of Wing Commander, and for a further nine years as director of an engineering company.

Welcoming Kettle to the AIFF, Secretary General Dr. Shaji Prabhakaran said: “The appointment of Mr. Kettle as the CRO in the AIFF is actually the beginning of a new chapter in Indian refereeing. A whole lot of change is expected to come in Indian Football since a new roadmap would be ushered in very soon and refereeing would be an important segment of the exercise. Our idea of change is not about the transition at the top alone, but a transformation that will bring noticeable progress from the grassroots level. Our concept and aim of development are both about quality and quantity and the improvement we are looking forward to would come in close association with all stakeholders including the state associations. An expert like Mr. Kettle, I am confident, would do an exceptional job in converting the great dream of Indian refereeing into a reality.”

Mr. Kettle said, “The main objective right now is not only to improve refereeing at the highest level but also to identify the young talents who can be the elite referees later. There are a number of strategic points on which we can work towards this. The other one is to raise the profile of the Indian referees with both the AFC and FIFA, and the final objective is to identify talent and to energize that talent to reach the top.”