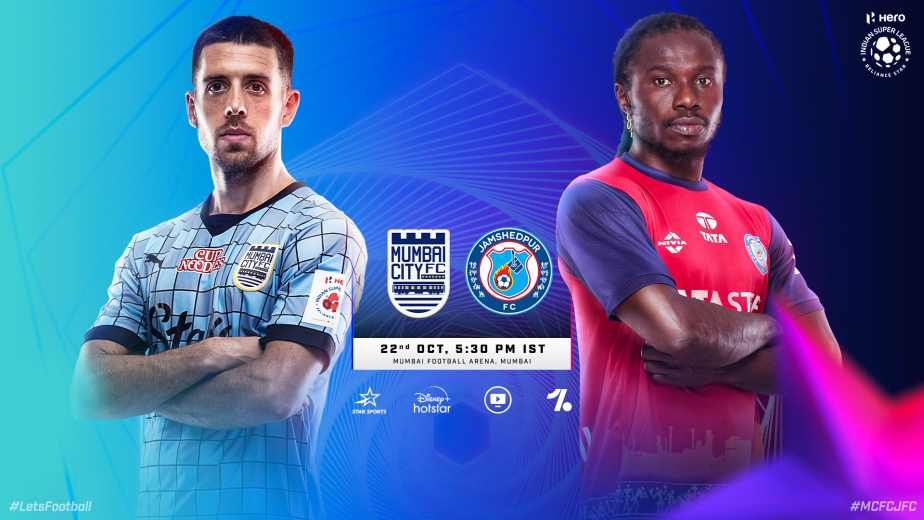 Jamshedpur FC have arrived in Mumbai in search of their first win this season as they play Mumbai City FC in the Hero Indian Super League (ISL) at the Mumbai Football Arena on Saturday, October 22.

Both sides played Odisha FC in contrasting fixtures as Jamshedpur fell to late goals and lost, while the Islanders nabbed all three points and kept a clean sheet. (Hero ISL Current Standings)

With a draw and a win in the opening two matches, Mumbai City FC have gotten off to a decent start this season. The Islanders have scored five goals so far, four of which have come in the second half. (Club statistics)

Greg Stewart will be facing his former club in this encounter. The Scottish striker led the Red Miners to the top of the league last season with 10 goals and 10 assists in 21 matches last season. Stewart has gotten off the mark and has a couple of assists to his name this season.

After scoring late against the Juggernauts in the previous game, Bipin Singh equalized Amodou Sougou’s tally of 15 goals for the club. The 27-year-old will be eager to get on the scoresheet to become Mumbai City FC’s all-time leading goalscorer in the Hero ISL.

“We have gone out from the start to win games. Tomorrow we will go out from kickoff to try and win the game, and if that takes till the 94th minute, so be it. But we have to make sure we start the game as well as we can and then manage it throughout to come away with the result we want,” said Mumbai head coach Des Buckingham.

Spectators thought Jamshedpur FC were off to the perfect start this season when they went 2-0 up after just ten minutes. But last year’s league winner let their guard down in the game’s final minutes and were left without a point when the final whistle blew. (Club statistics)

After losing Stewart to the Islanders, the goal-scoring onus will be on Daniel Chukwu. The Nigerian striker has already scored this season and is three goals away from going past Stewart’s tally of 10 and becoming Jamshedpur FC’s leading goalscorer in Hero ISL history.

The midfield battle between Wellington Priori and Ahmed Jahouh will be one to watch. Expect defense-splitting passes from midfield, as both have scored all their goals from open play this season.

“When you get a result as we did, where you do really well and end up losing 3-2 in the last minute, it’s the worst because what you want to do next is play a game straight away,” said head coach Aidy Boothroyd. “During the ten-day layoff, we sulked a little bit, licked our wounds, and then we used the time purposefully by doing a few sessions focusing on certain aspects. We have been really fidgety to play our next fixture. We just want to get going and get into the rhythm.”

The two sides have faced each other on ten occasions in the Hero ISL. The Islanders have won three, while the Red Miners have won five. At the Mumbai Football Arena, Jamshedpur FC have played three games, winning two and losing one. In the previous encounter, Greg Stewart scored a brace for Jamshedpur FC in a 3-2 victory over Mumbai City last season.