Indian women’s team head coach Thomas Dennerby on Wednesday launched a series of attacks on the AFC and tournament organizers over the COVID-19 outbreak that ruled India out of the ongoing Asian Cup.

Dennerby said that six of his 23 players along with six staff members had tested positive for COVID-19 and blamed the Asian Football Confederation for poor handling of the bio-bubble and destroying India’s dream.

After India failed to field the mandatory 13 players for their match against Chinese Taipei last Sunday, India was subject to Article 4.1 (Special Rules applicable to AFC competitions during the COVID-19 pandemic) and was forced to withdraw. Thus in accordance with Article 6.5.5 of the Competition Regulations, India’s results were treated as null and void.

“India’s dream of taking a shot at the FIFA World Cup was shattered not because of any fault of the players but because of the weak bio-bubble created by the Asian Football Confederation”, Dennerby said. 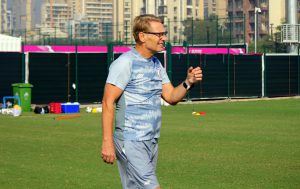 He claimed that the AFC showed no ‘respect, compassion, sympathy’ for India in dealing with an “extraordinary” situation in such a high-stakes tournament.

“We were all negative of Covid when we reached team hotel and after arrival tests. The first positive case came on the day we went out of the hotel for training and a day later on January 17, seven hotel staff tested positive. It is not rocket science to know how the outbreak came,” he told PTI after a virtual media interaction.

The 62-year-old Swede accused the AFC of unprofessional behavior and was angry with the way the AFC handled the situation.

“The tests of the hotel staff were done on January 17 and results of seven positive cases known on Jan 18. But the information was given only on Jan 19 afternoon. What was AFC doing for whole one day, we don’t know”, Dennerby questioned. 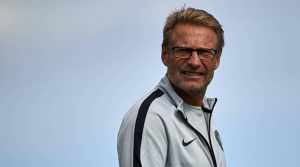 After the draw against Iran, the gaffer said not many players were feeling good. On January 21, the players were tested and seven were tested positive. He said they tried to have a ‘logical, reasonable dialogue with the AFC’ but they did not have a ‘solution-oriented’ discussion, which led to India’s withdrawal from the tournament.

“This is my worst feeling as a head coach ever. Me and the team are devastated. Our dreams are forever field,” concluded Dennerby.

India fans and football lovers were in shock after India’s tragic exit from the tournament. Many fans questioned the seriousness of the AIFF, AFC, and local organization committee regarding the continental competition. While many feel that it is a ‘shame on a grand stage’ for India, many are also devastated by the news as all the team’s hard work and preparation for the last 2 years has gone to waste.