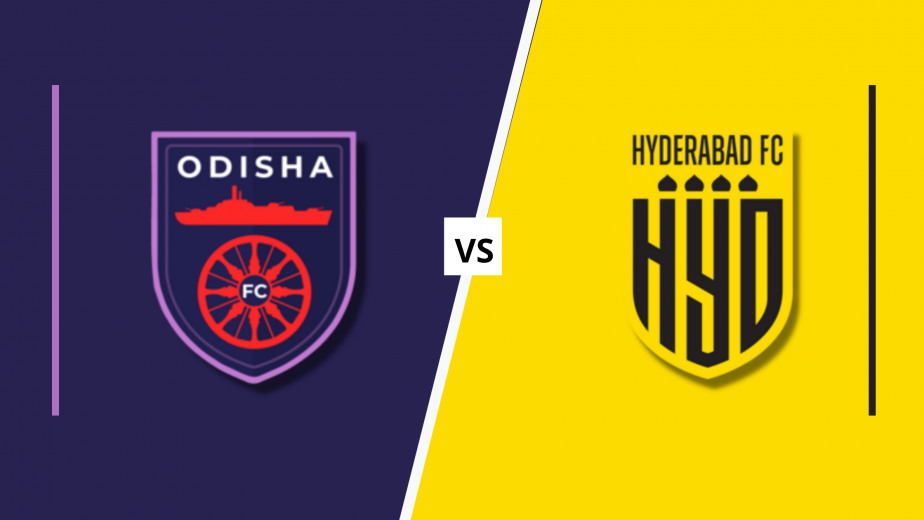 A place in the top four will be up for grabs but for that Odisha FC will have to tame Bartholomew Ogbeche and Hyderabad FC in the 2021-22 Hero Indian Super League at the Tilak Maidan Stadium on Thursday.

Hyderabad are top of the table at the moment and will stay put unless Chennaiyin FC beat Bengaluru on Wednesday. For the Nizams, the league’s top-scorer Ogbeche has been on fire to say the least. The Nigerian put on a treble show against SC East Bengal the other day, putting in the back of the net almost everything that was thrown at him.

Ogbeche’s hattrick that took Hyderabad to pole position yet again, ensured his tally of goals went up to 12, placing him on the shop window in the golden boot race.

After picking up another record, Ogbeche will now be aiming for the next big ones – becoming the leading goal scorer in Hero ISL history and becoming the first player to score 50 goals in the competition. He currently has 48 goals.

Odisha, meanwhile, go into the game having kept two consecutive clean sheets, and that will give interim coach Kino Garcia some solace. Arshdeep Singh has looked composed under the bar and so has their backline, although their litmus test is on Thursday up against Ogbeche’s Hyderabad.

Odisha have got the momentum going for them in the last four games where they collected two wins, one draw, and one solitary loss to Kerala Blasters.

“We know Hyderabad can play attacking football and they have an experienced coach. But, we will use our weapons to faze them. Winning will be a boost for us but we realise there are nine games to go. We think we can be in the semi-finals but we are looking to build steadily and be ready for the final games,”  Garcia said.

For Hyderabad, only two losses in 12 matches mean they are in fine fettle and well on course for a playoffs berth. In that quest, head coach Manolo Marquez will believe his team can pick up full points from the Odisha game, especially after their dominating performance against SC East Bengal. Not only Ogbeche but the defence also looked good. Asish Rai was as impressive as ever and Aniket Jadhav also came to the party not only for his goal but also overall industry.

The last time the two sides met, Hyderabad handed Odisha a 6-1 drubbing. “The score might have been 6-1 but they had threatened us when they equalised. There is a not much of a difference in teams in the league. They have changed the manager since then but kept the same style,” Marquez said ahead of the game.

Also Read: AFC did not have a ‘solution oriented’ discussion with us: Thomas Dennerby

AFC did not have a ‘solution oriented’ discussion with us: Thomas Dennerby
Legendary Goalkeeper Brahmanand Sankhwalkar Awarded Padma Shri