A new Narzary on the block: Apurna shines for Indian Arrows 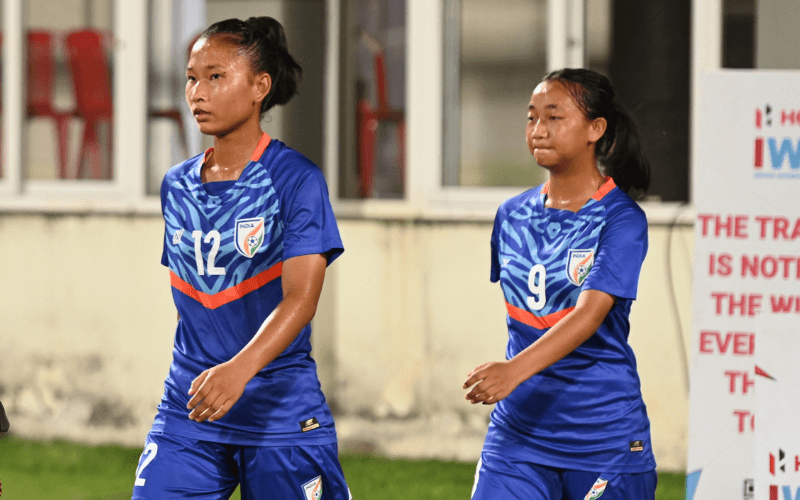 Having one of their sons represent India on the international level is nothing new to the small town of Kokrajhar, which is situated near the India-Bhutan border in Assam. Halicharan Narzary has made the country proud with his exploits for the Blue Tigers. Now, another Narzary, the daughter of the same town is looking to make a big enough mark in the ongoing Hero IWL with the aim of making her way into the Blue Tigresses side.

Indian Arrows’ 18-year-old striker Apurna Narzary has already made her mark on the Hero Indian Women’s League 2022, netting six goals for her side, to take the Young Tigresses up to fourth on the league table. Unsurprisingly, being from Kokrajhar, Apurna has grown up idolising Halicharan Narzary in her younger days.

“He (Halicharan Narzary) is from our town, and back home, we are all big fans of him. He’s made our town proud when he represented India at the international level, and that is something that we have all grown up dreaming about,” Apurna said to the-aiff.com. “I too want to keep on improving and then play for the senior team one day – that is the dream.”

The young striker has had the experience of representing India at the junior level, getting her first shot in national team colours during the SAFF U-18 Women’s Championship earlier this year.

“It was a really special moment for me to get my first opportunity to represent India in the SAFF U-18 Championship. I’ve been in camp with the team since January, and there’s so much that I have learned over the months now,” Aparna opined. “The biggest thing that we have all learned is the importance of discipline. Eating in time, sleeping in time, and doing everything like clockwork does wonders to improve you as an athlete.”

However, representing the Indian Arrows in a senior competition like the Hero IWL is an altogether different ballgame, something that Apurna feels will help make her become a better player.

“It’s such a big opportunity for us here at the Arrows. We are getting 11 matches against experienced, senior players,” she explained. “Playing against senior players makes a huge difference and we get to learn a lot, especially how to use our physique, and how to react to different match situations. I think this will, later on, help us when we play other international teams.”

The tricky striker has also donned the captain’s armband on a couple of occasions, and she feels that getting the band helps her stay strong in different situations as well.

“Of course, it’s always special when the coach hands you the captain’s armband. When I get it, I always tell myself to motivate the teammates that bit more, and to stay strong, no matter what situation we face,” she said. “If the other players see that the captain remains strong, then they also try to emulate that energy. It’s infectious.”