U-16 National Team set for exposure matches against UAE 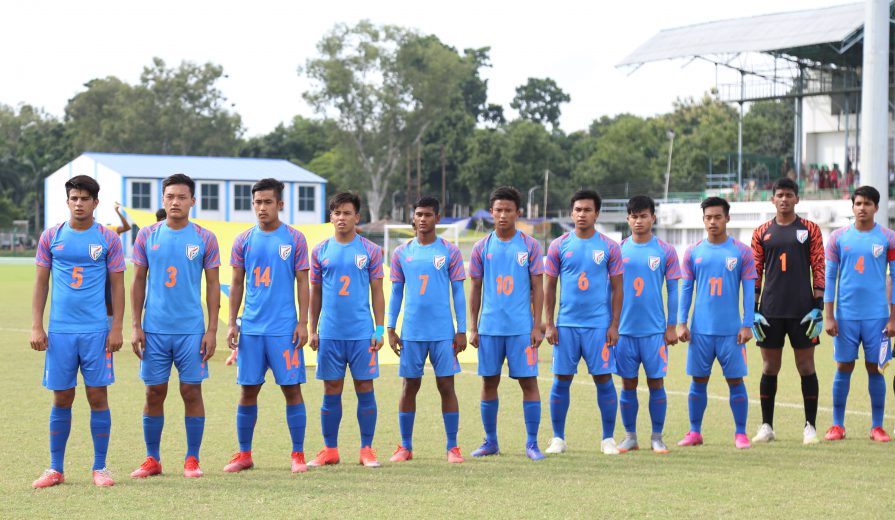 NEW DELHI: The India U-16 National Team is all set to move forward together in their efforts to prepare for the AFC U-16 Championship as they set sail for the United Arab Emirates to play four exposure matches.

The AFC U-16 Championship is slated to be held in Bahrain later this year, with the India U-16 lads having qualified on an emphatic note, scoring 11 goals and conceding just one to finish top of their group from the three qualification matches.

Having being training at the AIFF Elite Academy in Goa since December last year, the Blue colts are set to play four exposure matches in the UAE, which get underway on January 15, when they face-off against Al Hamriyah FC at the Al Hamriyah Sports Club in Sharjah.

Following that, the U-16 lads are slated to play another match against Sharjah FC, before facing the UAE U-16 National Team in two friendly matches.

India U-16 Team’s Head Coach Bibiano Fernandes highlighted the importance of playing competitive matches, which are designed to get the boys match-fit in order to compete in the AFC U-16 Championship, where they have been drawn against the likes of the Korea Republic, Australia, and Uzbekistan.

“It’s great to be back playing football once again. We have been training for a few weeks in Goa, and have played a few friendlies against local teams as well. But we need to get these boys up and running for the AFC U-16 Championship, and the exposure matches that they will play in the UAE will be crucial for that,” said Bibiano Fernandes.

“As we know, UAE are one of the stronger countries in Asian football, and playing two matches against their U-16 team will give the boys a good look into what it will take to compete against the best in Asia and move forward together,” he stated.