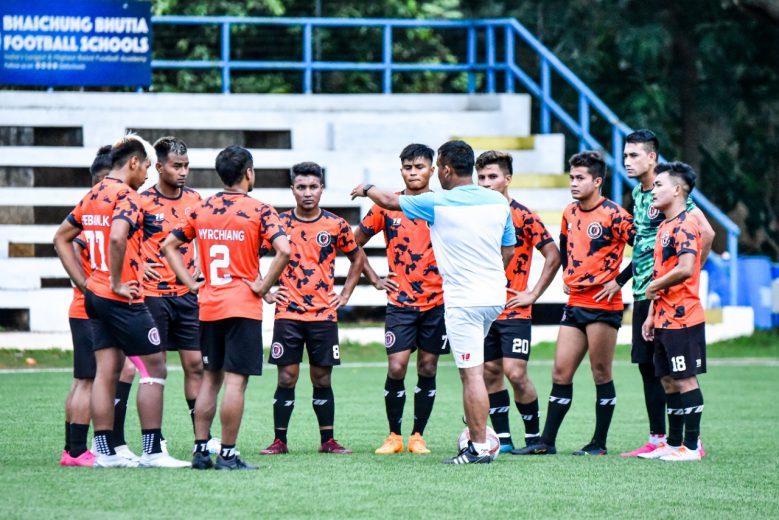 Ryntih SC will take on Madan Maharaj FC in Group A of the Hero I-League Qualifiers 2021 as we move towards the business end of the group stage matches. Ryntih SC will be keen to get their first points on the board after failing to win their first match, while Madan Maharaj FC will look to add to their solitary point after earning a draw in their opening encounter. The match will be played here at the Bangalore Football Stadium on October 11, 2021 at 3:45 PM IST.

Ryntih SC head coach Khlain Syiemlieh reflected on his side’s performance in their opening match against Rajasthan United where his side produced a late surge to score two goals, but eventually faced a 3-2 defeat. Khlain expressed that he was disappointed not to get at least a point for his team’s efforts, but he commended the spirited performance from his wards as they nearly came back from three goals down to get a result.

Looking ahead, Khlain remained optimistic of his side’s chances of progressing further from the first group stage by finishing amongst the top two teams in the group A. The task has been cut out for Ryntih SC, as they will come up against Madan Maharaj FC in tomorrow’s contest. Khlain said in the pre match press conference, “We are very happy with our preparation for the upcoming match as we have had a week to prepare for it. We will look to build on the performance that we showed towards the end of our last game and perform consistently at that level, as we know we are capable of that.” 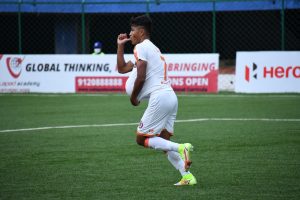 An interesting development in the Ryntih SC camp ahead of tomorrow’s match will be a change of leadership on the field, as Meban Wahlang will be donning the captain’s armband against Madan Maharaj. Head coach Khlain went on to explain that Ryntih SC has frequently chosen to rotate captaincy as a matter of the team’s principle, and it was not a personal decision to take the armband away from Banpynkhrawnam Nongkhlaw.

Skipper Meban Wahlang expressed that he is ready to lead the side in their quest for the three points tomorrow. He said, “I am happy and eager to be named the captain for tomorrow’s match as I like to take on this responsibility at an important time for the club. The boys want to come out strongly tomorrow and get the three points, as we want to improve our result from the previous outing.”

Madan Maharaj FC head coach Amit Jaiswal oversaw his side’s exhilarating 3-3 draw against FC Bengaluru United in their opening match. Jaiswal was disappointed not to walk away with the full three points from his side’s first match. The coach felt that his side had done enough to warrant a win. However, they squandered a two goal lead in the second half to allow their opponents a way back into the contest. The Madhya Pradesh based team thought they grabbed the eventual winner in the 94th minute, only to be pegged back again through an equaliser 10 seconds later. Jaiswal believes that his side will learn a lesson from that topsy-turvy encounter, and look to implement a more clinical approach in the next match.

Speaking about Madan Maharaj’s talismanic striker Shubham Bhowmick, Jaiswal heaped praise on his frontman. He spoke about his side’s tactical setup in the pre-match press conference. Jaiswal said, “Of course, our strategy will differ slightly from opponent to opponent, but our key strengths are that we have a striker who can hold up play very effectively. Shubham (Bhowmick) is a confident lad, he’s young and we are all pretty sure that he will be nurtured into an even better player in the future. It is good to have a striker who can lead the line alone up front and cause problems to the opposition defence, particularly if they are uncomfortable in dealing with long balls over the top.” 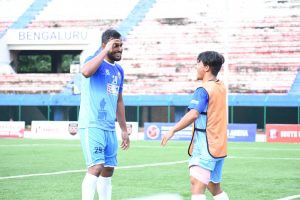 Experienced goalkeeper Shayan Roy gave an insight into the team’s thinking over how they are approaching their maiden Hero I-League Qualifiers campaign as they push towards booking their place into the Final round. Shayan said, “We are taking things match by match at the moment. We are not focusing on the other teams in the group or looking at the table currently. Our focus is very clearly on what we need to do, and following the coaching staff’s instructions on how to move forward one game at a time.”

“Ryntih SC are a good team, and we have to give them their due respect. We will have to play a very good match against them to emerge with three points, and that is what we are focussing on. It will be a good competition when we play against Ryntih,” Shayan added.