Odisha FC is delighted to announce the signing of Spanish attacking midfielder Javi Hernandez ahead of the eighth edition of the Hero Indian Super League (ISL).

After his youth career at CDF Pizarrales, Salamanca, and Real Madrid, the Spaniard made his senior debut for Real Madrid B. After playing for various Spanish clubs, the 32-year-old footballer joined Romanian professional club ACS Poli Timisoara. 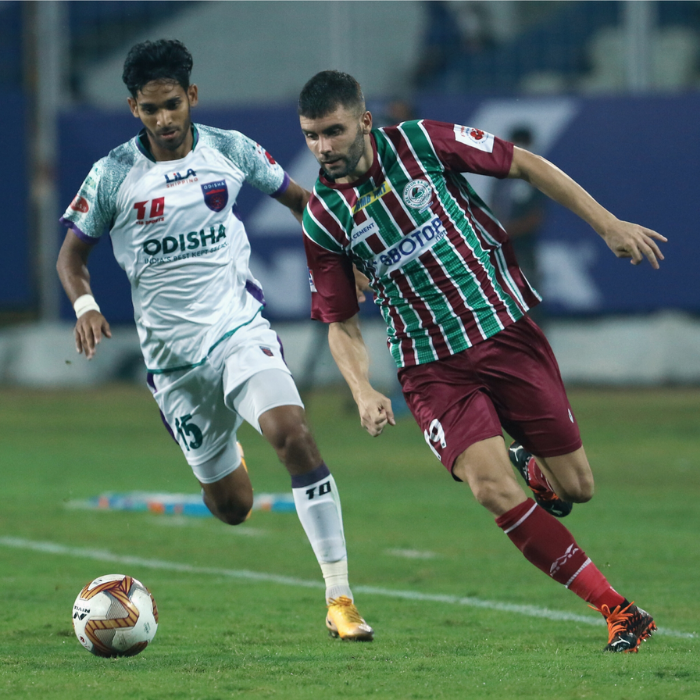 He also played professional football in Poland and Azerbaijan before signing for ATK in 2019. After winning the title with the Kolkata-based side, he was retained by the newly-formed ATK Mohun Bagan in 2020. Javi has the experience of playing 37 matches in the Hero ISL and even scored two goals in the final of the 2019-20 season against Chennaiyin FC. He has also represented the Spanish U-19 national team.

OFC Head Coach Kiko Ramirez commented, “Javi is a great addition to the squad, he is going to give us work in the midfield, and balance to the team. The most important thing is that even playing in midfield, he is a player who can score goals due to his physical capabilities and his good technique. He is a good player to play different styles of football, and he has a very good shot. From set-pieces, he is a great kicker, both for direct scoring and for strategy plays. He is loved in the teams where he has been for his work ethic, for his enthusiasm, and for his character.”

After joining Odisha FC, Javi expressed, “I am really excited to join Odisha FC and very happy to continue playing in India. I am looking forward to meeting my teammates and we will definitely work hard and play well to make sure that we have a wonderful season ahead. I want to make the Odisha FC fans proud.”

Speaking about the new signing, OFC Club President Mr. Raj Athwal said, “We are delighted to welcome Javi Hernandez to the Odisha family. In Javi, we have added another highly-rated player, who has experience of winning the ISL, to our squad.”