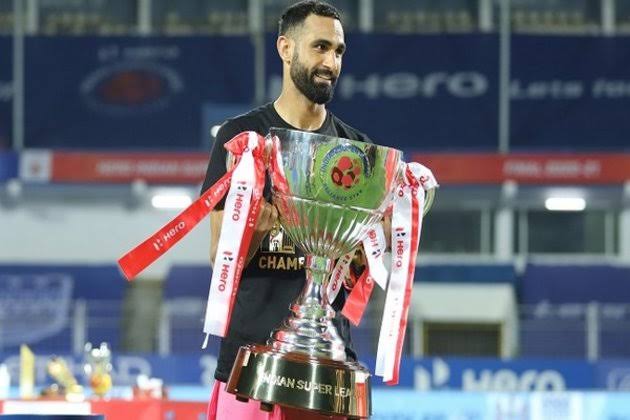 A sad moment for all the Mumbai City FC fans as Amrinder Singh, their longest-serving player, officially bids adieu today.

Amrinder leaves his club after Mumbai won their maiden ISL Shield and Championship in the 2020-21 season. He is set to join the most successful team in ISL- ATK Mohun Bagan on a mega five-year-deal. This transfer will be one of the biggest deals for an Indian player! (Stipulated to be around 10cr+)

Amrinder had an exceptional last season, where he led his team to double delight – The ISL shield and trophy. Being the captain of the group, he had a big responsibility on his shoulders which he successfully managed; his contributions were also immensely vital in Mumbai’s results. The 28-year-old kept nine clean sheets in 20 games last season in the Indian Super League. 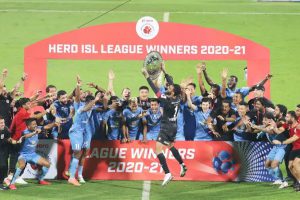 Also, because of his incredible season last year, he is preferred over Gurpreet Singh in the Indian national team for the upcoming World Cup Qualifiers.

He has been serving the Islanders since 2016, where he came to Mumbai mid-season from Bengaluru FC. Singh is also the most-capped player for MCFC. He has 82 appearances for Mumbai.

After the departure of one of the best in business, Mumbai City FC is looking to sign FC Goa’s goalkeeper Mohammed Nawaz to fill the void. This move will unite Nawaz and coach Sergio Lobera. The 21-year-old played under Lobera for two years.

AIFF Technical Committee conducts online meeting
The self-belief was immense, we were desperate, and backed each other up: Gurpreet Singh Sandhu