Mohammedan SC clash swords against Tiddim Road Athletic Union (TRAU) for crucial points in the second game of the final phase of the Hero I-League. The match will kick-off at 4.05 PM IST at the Kalyani Municipal Stadium in Kalyani, West Bengal tomorrow (March 5, 2021), and will be broadcasted on the 1Sports channel, whilst being streamed live on their Facebook page.

Mohammedan SC and TRAU were pegged to a 2-2 draw when the two teams met in match week 3 of the season. Komron Tursunov’s second-minute strike, followed by a Helder Lobato header in first-half stoppage time gave TRAU a comfortable lead. Mohammedan staged a comeback in the second half as Nikhil Kadam and Hira Mondal scored in the 58th and 68th-minute respectively, and both teams shared points at the end of an entertaining 90 minutes.

However, the script can be different tomorrow for both teams. Pedro Manzi stepped up and delivered for Mohammedan SC in the last game as the Black Panthers beat the unbeaten Real Kashmir and secured their place in the top-six. As they enter the final phase of the league, Mohammedan sits in third place after picking up 16 points in the first 10 games. With Churchill and Real Kashmir fighting on the top, Sankarlal Chakraborty’s team has a unique opportunity to reduce the gap at the top by amassing three points tomorrow.

Speaking at the virtual pre-match press conference, head coach Sankarlal Chakraborty said, “There are many positives from the last game. Each player is now approaching the next game with a positive mindset. We are united and working as a team and are focused to fight for the title.”

“We would have been in a much better position after the first phase, but, we are still in the fight to win the Hero I-League. But, right now I don’t want to put that kind of pressure on my players. We need to take it game after game.”

“TRAU are among the best-attacking units in this season. They are fit and fast on the attack. Their squad is filled with many quality Indian and foreign players. My philosophy is on a balanced game of football- we defend together, and attack together,” Sankarlal said.

Striker John Chidi, who was also present at the presser, said, “I feel proud after getting the last result. Everybody played so well, gave their 100 per cent. I am delighted that we got three points from the last game. It was an important game. But now we have a few more games, and need to keep on the momentum.” 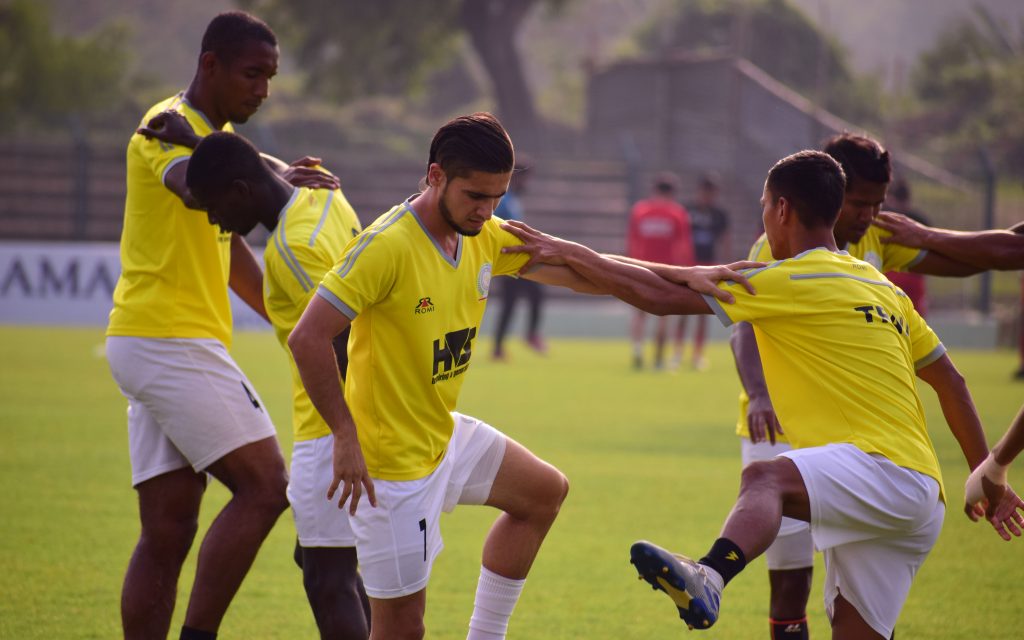 TRAU came back from a goal down twice and beat Sudeva Delhi securing their place in the top-six. The Red Pythons sit in sixth place on the Hero I-League standings with 16 points from 10 games, level on points with Mohammedan, and five points adrift of leaders Churchill Brothers. With Real Kashmir and Churchill Brothers battling in a top-of-the-table clash, TRAU will be aiming for three points and reduce the gap between themselves and the top two.

Speaking at the official pre-match press conference, head coach Nandakumar said, “The whole team is delighted and all are relaxed. It was a tough game against Sudeva — a very challenging game. The pressure was on us as Mohammedan had won their game, and it made me very anxious. But the result made me happier. The boys gave their heart out on the field and returned with a victory.”

“Mohammedan are a very experienced side, and we respect them as our opponents. We drew with Mohammedan SC last time out. They have a very different team — new players, a new coach. It will be a very tough game for us, but I am confident my boys will work hard to win the game,” Nandakumar shared, praising his next opponent.

Nigerian forward Joseph Olaleye shared his delight in making it to the top-six. He said, “We all are doing well. The atmosphere in the team is much nicer, not much pressure now that we have made it into the top-six. Now we’ll take it game by game, and are committed to fighting for each win.”