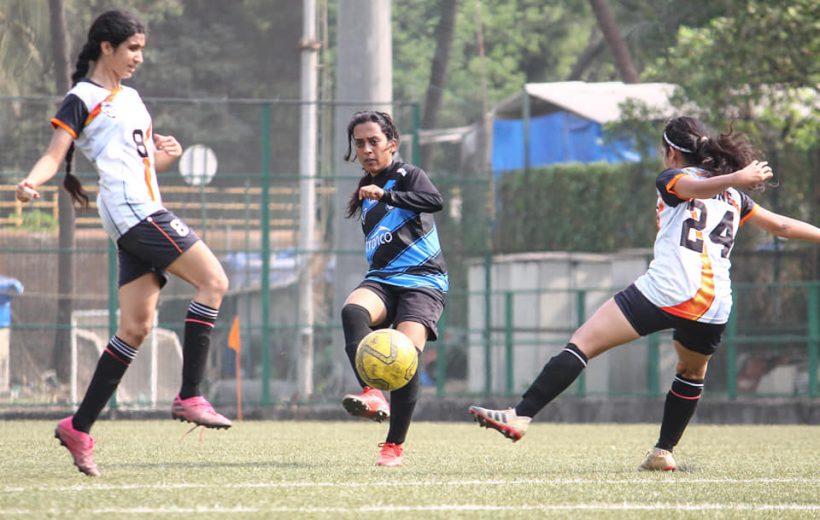 Mumbai: Matchday 8 of the MFA Women’s Football league had noteworthy moments when the teams clashed in Group-B fixtures.

The day opened seeing South Mumbai United gaining their first three points in the league. A solitary goal by Florian Pereira at the 18th minute proved to be the difference between both ends. Companeroes on the other hand continue to languish at the bottom end failing to open the scoring tally. After 4 games, South Mumbai United gained 4 points with a win and one draw.

In a Mumbai Women’s football derby, a robust clash between PIFA and Kenkre saw the former emerge victoriously and claim the top-spot in Group-B table. Bhagwati Chauhan drew the first blood at a crucial moment before the first half. As the second half commenced, PIFA’s formidability scaled and Priya Sukhdeve put the final nail in the coffin at the 67th minute, clinching the three points to reign atop the league table with 10 points. With this loss, Kenkre is seated at the second position with 7 points, with two wins and a draw.

The final game of the day saw Soccer XI end on equal terms against FC Mumbaikars. After a goalless first half, Snehal Ghadge broke the deadlock for FC Mumbaikars at the 42nd minute. Things fared well for FC Mumbaikars until Valencia D’mello rose to the occasion at the fag end and snatched 2 points from them. With this draw, Soccer XI are placed at the 3rd position with 6 points whereas FC Mumbaikars sit at the 4th place with 5 points.

Also Read: Aizawl FC get back to winning ways after defeating Chennai City FC in style