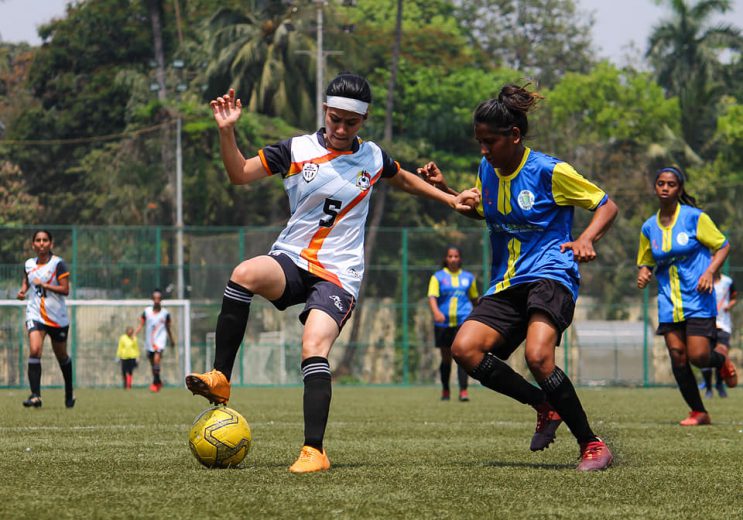 The day opened seeing India Rush SC romp to a classy 4 goal victory against Oscar. Rachel and co. shined as India Rush took a comforting 3 goal lead by the end of first half. Goals from Tanvi Raju (7th minute), Rachel D’Costa (19th minute) and Riya DSouza (25th minute) strengthened their position and Rachel completed her brace in the second half.

In a feisty fight from both teams, the final whistle of the game saw Footie First end on equal terms against Bodyline SC. After convincing victories on Day-1, it was an end to end encounter when the sides locked horns today. In an evenly poised first half, the scoreline remained goalless. It was only at the 58th minute when Jyoti Chauhan of Footie First broke the deadlock. With a solitary goal lead, the team seemed close to claiming three points when Bodyline SC’s Karen Pais rose to the occasion and netted from a free-kick at the 69th minute to snatch two points from their opponents.

The final encounter of the day saw Future Star FC edge past Somaya SA. Somaya drew the first blood through Sakshu Gurav’s effort at the 27th minute. With multiple chances being created from both ends, Sakshi’s goal eventually remained the difference between both teams at the end of first half. Future Star bounced back into the game when Rakhee scored at the 46th minute, followed by Mayuri, whose heroics at the fag end of the contest scripted a dramatic win for Future Star.