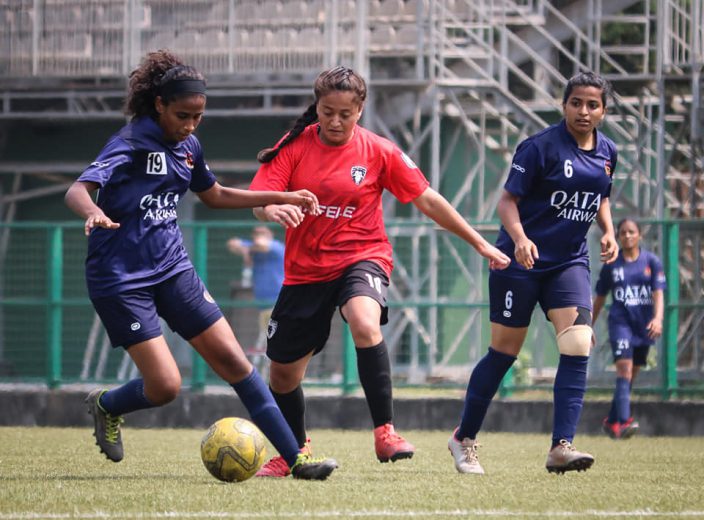 Mumbai: The final matchday of Group-A fixtures concluded today with Footie First and India Rush SC qualifying for the semi-finals.

Footie First became the first team to qualify for the semi-final after netting 6 goals past Future Star FC. Jyoti, Mamtakumari and Dollykumari scored a brace each to cruise Footie First into the final four. Showcasing a dominant display since the commencement, Jyoti’s goal at the 3rd minute remained the difference between both ends at the initial half. The second half kicked-off only to witness Footie First outclass their opponents by adding 5 goals to the tally.

India Rush thumped Somaiya SA 4 goals to proceed into the semi-finals of the MFA Women’s League. A classy display from the entire outfit helped the team to script a decisive win. Goals from Christina Michael and Nirmala Durve gave India Rush a two-goal cushion at the first half. Rachel D’Costa and Rian D’Cunha contributed in the second half to increase the lead and take India Rush into the final four.

Bodyline romped to a classy 4-1 victory earlier today against Oscar. Denise Pereira starred with a brace alongside goals from Nishika Prakash and Ashmearl D’Silva. Mamta Prajapati of Oscar scored a consolation goal in the end. With a progressive start to the league, Bodyline SC suffered a loss in between and had to settle third in the league table with 10 points.

Excited and grateful that India are playing Oman and UAE in Friendlies: Sunil Chhetri
IKF conclude tournament in UP, set to conduct upcoming event at Bangalore