Excited and grateful that India are playing Oman and UAE in Friendlies: Sunil Chhetri 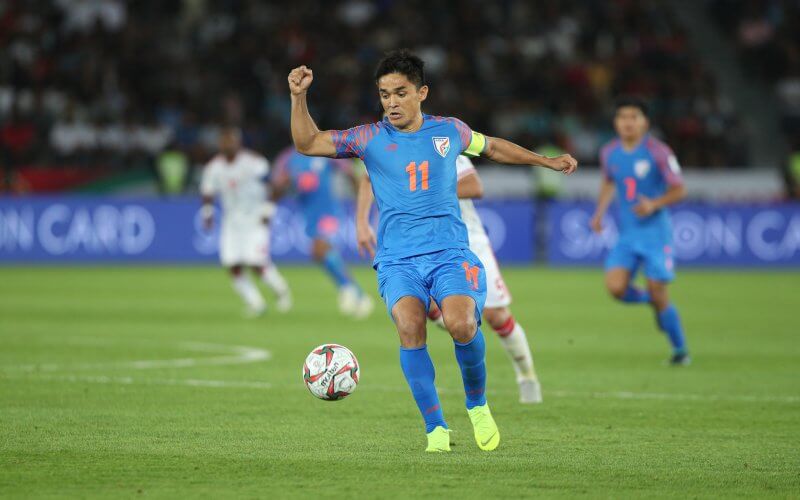 NEW DELHI: Iconic National Team striker Sunil Chhetri rues the fact that he won’t be able to be a part of the forthcoming International Friendlies owing to medical reasons. But, he can’t hide his excitement at the Blue Tigers getting a chance to play against exceptionally strong opponents like Oman and UAE in the March FIFA window.

In a candid chat, the man with 72 International goals opens up about how Indian Football needs to make the most of the chance of getting back to International Football, be grateful that India has had so much football during the new normal, that one “shouldn’t go around labelling the youngsters with tags that end up becoming burdens,” and much more. EXCERPTS:

Purely from a player’s mental point of view, do the March Friendlies bring in solace especially after International football lost over a year.

Most definitely. To lose out on International football for an entire year was such a big disappointment. But these are unprecedented times and they aren’t in our control. So, we have little to complain about. That said — I am both excited and grateful about the two friendlies which the Blue Tigers will play this month — and against some quality opposition which only betters the anticipation. Unfortunately, I won’t be able to be a part of it.

Like as you said – both Oman and UAE are exceptionally strong opponents. How much does that please you?

It pleases me more than I can tell. I’ve always been on about how we need to better ourselves in Asia and that can happen only when we come up against top opponents. Oman and UAE most certainly fit that bill.

When I first heard of the possible opponents, I was extremely excited even though it was just a possibility! I hope we, as a team, make the most of this chance, give a good account of ourselves and most importantly, learn from the experience. 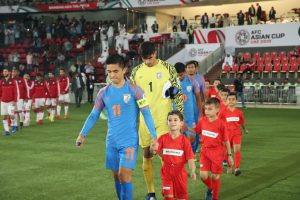 Indian Football has been leading from the front to bring back live sporting action in India. The HIL Qualifiers led the way followed by the HISL, the Hero I-League, and then both — the U-16 boys and the Senior Women’s went to play abroad, and the Senior Men’s all set to follow suit. As the National Team captain, and the ambassador of Indian Football, what’s the pride you gather from all of that?

Like I said — these are unprecedented times, but despite the circumstances, the fact that we have managed to get so much football in, is commendable. We (JSW Bengaluru FC) were in a bio-bubble for five months and trust me, it was difficult. You can only imagine how difficult it must have been to put together the Hero ISL, the Hero I-League and every other competition. There are countries where football has come to a complete standstill. So to be able to keep it going is something we should all be grateful for.

Looking back, is this the best season of the Hero Indian Super League to you – purely in terms of young Indian players making a mark, and announcing their foothold for the future.

It’s definitely been a Hero ISL season for the youngsters. There were no illusions about how tough and competitive the season would be — and to see so many unheralded names step up and consistently perform well for their teams was very encouraging.

What is critical though is that we don’t go around labelling the youngsters with tags that end up becoming burdens. There is a lot of promise and I am certain we will do well to harness it.