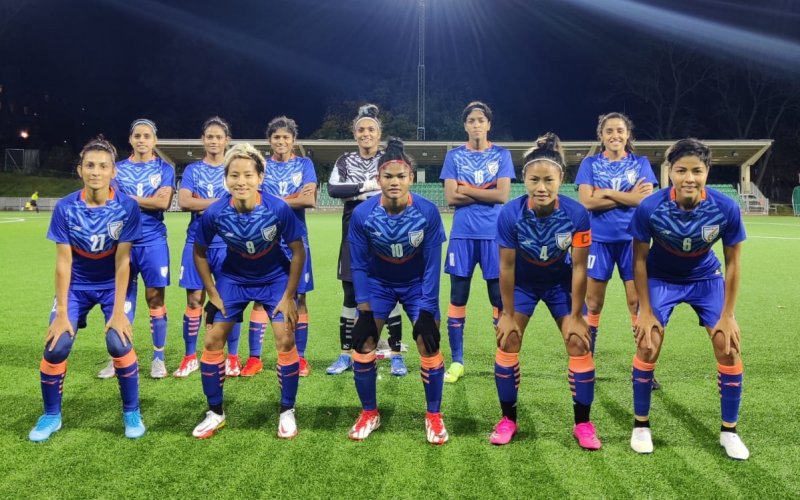 The Indian Women’s Team lost their lead twice on Thursday, October 21, at the Hammarby IP stadium in Stockholm, Sweden, to eventually suffer a 2-3 defeat at the hands of Swedish top-tier side Hammarby IF in a friendly match.

Hammarby IF, who are the former champions of the Dammalsvenskan league, rode Nina Jakobsson’s goals in each half to complete a narrow win over India.

India had started off on a brighter note in the first half, as Sangita intercepted the ball near the opposition area and played it in to Pyari Xaxa. The forward tried to dribble the keeper, but was stopped on her tracks.

India kept knocking on the Hammarby doors plenty of times, even as Pyari soared up the wing and played it to Anju whose cross was punched out of the box by the Hammarby keeper.

Indumathi gave India the lead on the half-hour mark, when she jinked past a defender, before rounding the keeper to fire it home. The lead lasted only six minutes, as Jakobsson soon drew level for the Swedish club.

The tides turned once again in India’s favour four minutes later, when a corner by Anju Tamang was headed into the back of the net by Manisa Panna, as the referee soon brought an end to the first half.

Martina, who had replaced the injured Sangita earlier, made a mazy run on the left flank, cut past a defender, before finally being dispossessed.

Hammarby were level a minute later was Amanda Sundstrom headed in a cross, to bring the scores back to level once again.

India soon went looking to get their lead back. Manisha worked her way to the edge of the opposition box before pulling the trigger, but it was straight at the keeper.

With around 12 minutes of regulation time left on the clock, Jakobsson played a part in the winner, which was eventually deemed to have been turned over the line by Ranjana Chanu (own goal).