In a pulsating encounter, Mumbai-based Kenkre FC ended on equal terms against Delhi FC today in their I-League Qualifiers final-round fixture at the Bangalore Football Stadium.

The first half saw Delhi FC dominate proceedings as they created lethal chances yet failed to convert them.

At the 12th minute, Delhi’s Anwar played a defence-splitting through ball to Nikhil Mali, whose attempt on goal was handled carefully by Kenkre’s shot-stopper.

Within a few minutes, another chance went wasted as Anwar Ali failed to convert from a quick Delhi FC corner. Keeping with the upbeat momentum, Karandeep played a decisive pass to Himanshu  whose attempt was saved by Tenzin.

However, the biggest chance for Delhi FC came at the 35th minute. Delhi FC’s Shaiza made an ambitious attempt on goal from a long-distance effort. The shot swirled and dipped along. Tenzin managed to make a save but the rebound  fell onto the edge of the penalty area, where Himanshu was waiting. His restless effort blazed over the target, and Delhi had to wait to open the scoring.

The first half ended on equal terms having Delhi FC in the driver’s seat. Kenkre kept their forces low and waited for their moment to arrive. 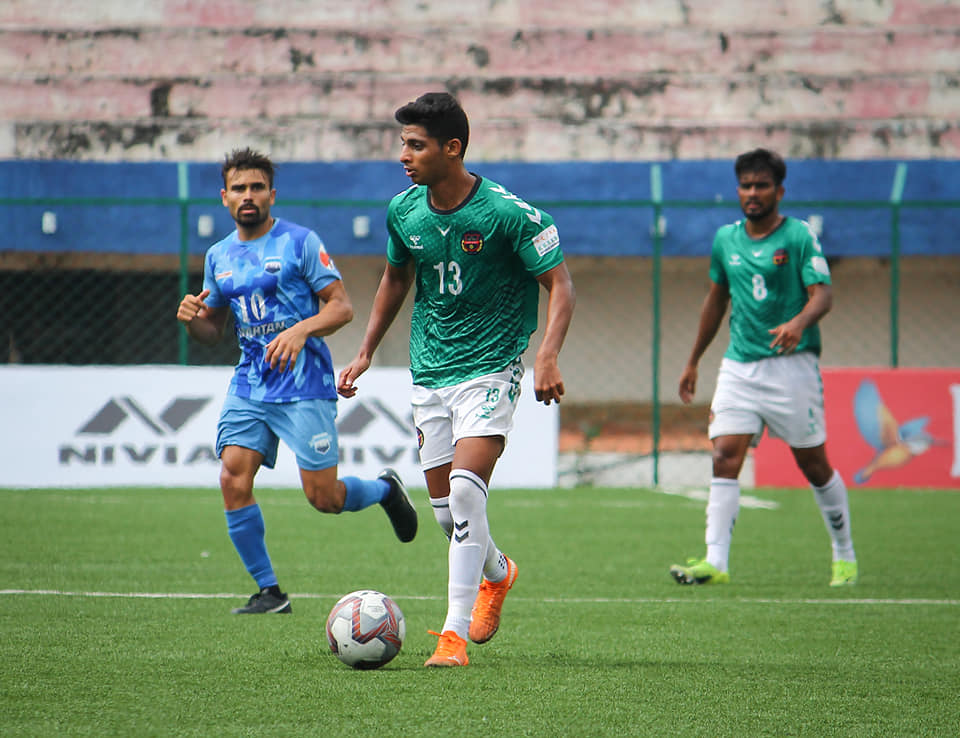 Kenkre found their first opportunity in the initial minutes of the second half. In the 51st minute, Suraj attempted a powerful header from Azza’s corner kick which went past the goalpost.

At the 56th minute, against all odds, Kenkre broke the deadlock. Kiran Pandhare scored from a glancing header via a free-kick taken by Arvind.

Having conceded, Delhi opened the floodgates for attack and kept on pushing the limits. Finally, at the 78th minute, Kenkre’s Cameroonian defender Zacharie mishandled the ball within the six-yard box and gave away a penalty.

Delhi’s Brazilian forward Sergio Barboza made no mistake from the spot-kick. His calm attempt at the bottom-left corner rejuvenated hopes for his side to script a comeback.

After repeated attempts from both ends during the dying minutes, the match concluded as a draw.

“The boys showed great fighting spirit throughout the 90 minutes. We could have gained maximum points out of the game. However, it was unfortunate for us to concede the penalty. The entire focus now is going to be on our last game. We will go back to the drawing board and maximize our efforts for the upcoming fixture,” quoted Akhil Kothari, Head Coach of Kenkre FC.

“We left crucial three points on the pitch which was important for our qualification hopes. A draw is not enough for us. Of course, I’m not happy with the performance,” said Surinder Singh, Head Coach of Delhi FC.

The final proceedings will take place on the 23rd of October as Kenkre FC clash swords against Rajasthan United to grab the I-League spot. A win is necessary for Kenkre FC whereas a draw would suffice for the Rajasthan based outfit. The match is slated to start from 12:30 IST at the Bangalore Football Stadium. It will be live-streamed on 1Sports Facebook page.