Hero I-League 2021-22 to be held in Kolkata, League Committee decides via video conferencing 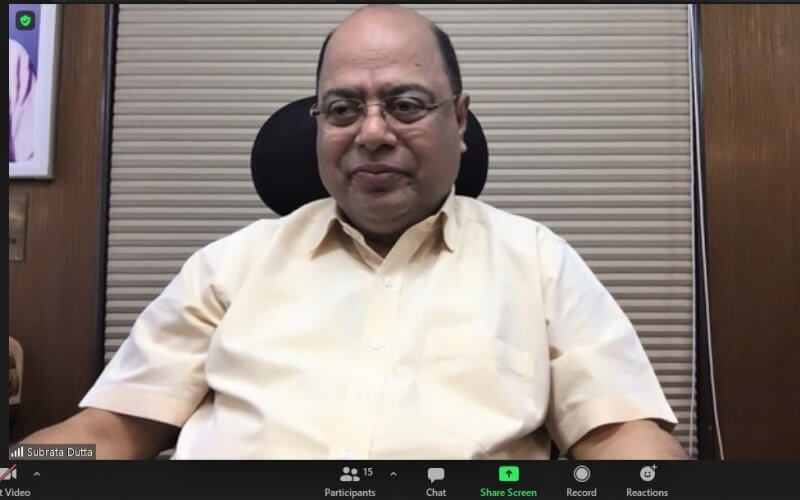 “Under the current situation it is pertinent for all stakeholders including the players to stay fit not just physically, but also stay mentally fit. Last year we organised a number of events very successfully, and this year we would really like to organise more, the pandemic situation permitting,” Mr. Dutta said in his opening address.

Mr. Dhar apprised the Committee that the Hero I-League will be played among 13 teams this season. “The format of the League will be the same as the last edition with all teams playing each other once, and then divided into two groups. While the top half vying for the Championship will comprise 7 teams, the bottom half which will be battling it out for the relegation will have 6 teams,” Mr. Dhar informed. “The number of matches will also be more this edition – a rise from 80 to 114.”

“We are looking at a tentative date of mid-December onwards for kicking-off the Hero I-League. We are in talks with the Indian Football Association (Bengal), and also the Government of West Bengal to successfully organise the League in Kolkata and its suburbs like the last edition,” Mr. Dhar mentioned.

The Committee agreed that under the circumstances, and considering the possibility of a 3rd wave, this is the best option, and approved the venue and the format.

The Committee also deliberated at length and felt that the relegation rule will be applied to the Hero I-League 2021-22 irrespective of the current situation, and there won’t be any change in the regulation once the League kicks-off.

The Committee agreed that keeping in view the circumstances and the logistical and financial feasibility, a maximum of 10 teams will be participating in the Hero I-League Qualifiers which are proposed to be held at a single venue. The Committee approved Bengaluru as the venue for the qualifiers to be held in September 2021.

State Associations are to nominate a maximum of two teams out of which one team will be selected by the League department based on sporting merit, and the club licensing criteria. The criteria for selection will be communicated.

Furthermore, a decision on the 2020-21 edition of the Hero Indian Women’s League which had to be postponed owing to the second wave of the pandemic will be taken soon after detailed discussions with Odisha Sports, the hosts of the final round of the HIWL.

The Committee also discussed hosting the Futsal Club Championship in October 2021 in Shillong adhering to all health parameters.

“We are also making it mandatory for all players, officials, and all operational and administrative staff across all Leagues and championships to get themselves fully vaccinated prior to the kick-off. However, we do understand that there will be players less than 18 years of age who may be participating, along with players/officials who are recovering from Covid and may not have got a chance to vaccinate themselves. In that case, all of them would be subjected to more RTPCR tests than the others,” Mr. Dhar added.

The Committee was also taken through a detailed presentation on the Golden Baby Leagues and issues of safeguarding and child protection, and about incentives to be offered to increase the participation of girl players.