As the transfer season opens and the Indian Super League and I-League come close, many teams have signed several players to strengthen their squad. Let us have a look at some of the top stories that took place this month.

A big signing for ATK. Joni plays as a centre attacking midfielder, which can be a perfect replacement for Spaniard Javi Hernandez. Joni played for Esbjerg FB, a team that plays in the first division of the Danish League.

He represented the Finland national team in the recent UEFA Euros 2020 and confirmed his signing amid the ongoing competition. The 30-year-old can prove to be an essential player for the team ahead of their AFC Cup Group D campaign, kicking off in August. 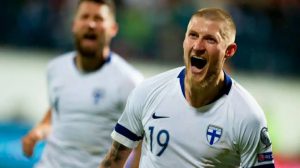 #2 Sunil Chhetri extends his stay with Bengaluru FC until 2023-

Everyone expected this to happen; as we all know, the 36-year-old Indian Captain and BFC have still a lot more to offer. Recently, Chettri scored a brace against Bangladesh in the World Cup Qualifiers and became the third top active goal scorer in international football, just behind Cristiano Ronaldo and Ali Mabkhout.

Chhetri first joined Bengaluru FC back in 2013. Since then, he has led the team to one ISL (2018-19) and I-League titles (2013). He has featured in eight seasons for BFC and has topped the goal-scoring charts in each season with the Blues. 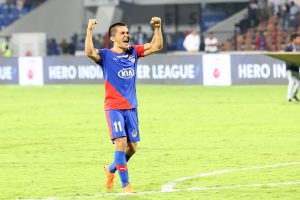 One of the hottest names in the Indian transfer market, Bidyasagar Singh, joins Bengaluru FC. The young 23-year-old striker was the top scorer in the I-League 2020-21 season for TRAU FC.

The Manipuri striker had an exceptional season with TRAU last year, where he scored 12 goals in 15 appearances, which also includes two hat tricks!

There were many ISL teams in the race, but in the end, the Blues emerged as the clear front-runners. 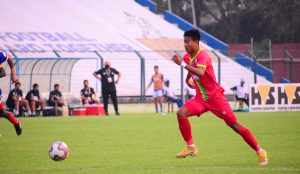 Stefan has been a very impressive goal scorer who has gained interest from several clubs in India. He has also represented his national side in 2015 U-20 FIFA World Cup. His arrival can be a significant change for Mohammedan, as he can turn the games all by himself. 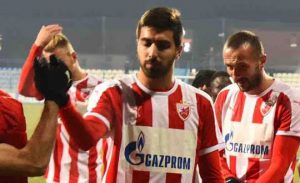 After an excellent campaign for FC Goa in the AFC Champions League, they are looking to boost their squad in every department to make their side better. They signed Nongdamba Naorem, a promising left-winger who can add a lot in the front for them.

Last season he was on the verge of signing for ATK Mohun Bagan, but during his medicals, he was diagnosed with an ACL (anterior-cruciate-ligament) injury, which forced the Mariners to call off the deal. Naorem is always included in the list of most elite talents in India, and he will surely be a player to watch for in the next season! 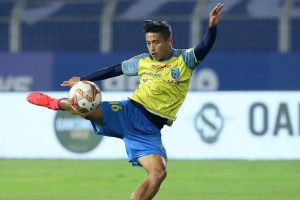 One of the key players for reigning ISL Champions Mumbai City FC, Rowllin extends his stay with the team until 2024. The 28-year-old played a vital role in the champion squad, clinching both the ISL shield and championship.

He is a player who doesn’t have a regular name on score sheets, but his key passes help the team to set up goals. Last season, he scored twice and assisted once, but his 1124 passes in the entire season made the difference! 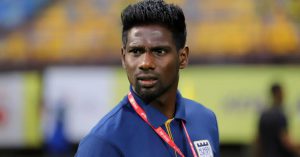 The next edition of the Indian Super League is expected to start on the 19th of November. This will be the eighth season of the ISL, where ATK Mohun Bagan, Chennaiyin, Bengaluru FC and Mumbai City FC have won it in these years. It will surely be an exciting season to watch with all the new signings and rules announced by Football Sports Department Limited some days ago. The 2021-22 season will be the second edition of ISL under Covid bio bubble, and we expect it to be as successful as last season!