Happy with Oman result, and 10 players making their debuts: Stimac 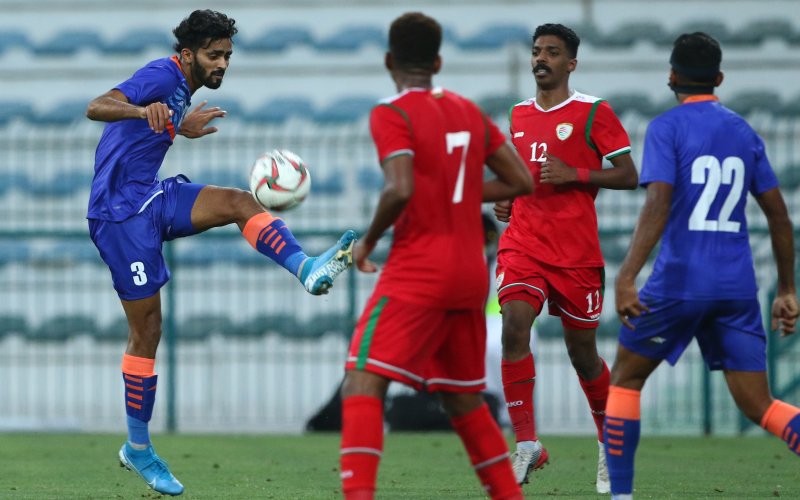 On their return to the international arena, the Blue Tigers played out a hard-fought 1-1 draw against Oman at the Maktoum Bin Rashid Stadium in Dubai, UAE on Thursday (March 25, 2021), with Manvir Singh scoring the equaliser in the 55th minute.

Immediately after the match, head coach Igor Stimac looked back at the game in a chat with AIFF TV and stated that he was “happy with the result” and handing international debuts to a record 10 players.

He said, “One good thing was the result in the end. The whole team reacted really well in the second half. They did their best and tried everything. We had some good transitions, which is something I was looking for. In the end, I have to say I am happy because we had 10 debutants today – some with many minutes on the pitch and some with only few. But, they all did their part in getting our first point from Oman in three games.”

Goalkeeper Amrinder Singh saved a penalty-kick in the first half but Oman took the lead in the 43rd minute through an own goal. However, the Blue Tigers went toe-to-toe with their opponents and grabbed the leveller through Manvir Singh, who headed home a cross from Bipin.

As many as 10 players got their senior India caps on the day – Akash Mishra, Ashutosh Mehta, Chinglensana Singh, Suresh Singh Wangjam, Bipin Singh and Jeakson Singh all started the game, while Lalengmawia Ralte, Yasir Mohammad, Ishan Pandita and Mashoor Shareef came on as substitutes.

Stimac shared his half-time team talk and stressed on the importance of playing as a unit.

“To be honest, I was worried after the first 45 minutes because we couldn’t find a way to hold the ball. We couldn’t find players (with passes) except Suresh (Wangjam), who was the youngest and tried to take responsibility, pass the ball and do what we had been working on in training. ”

“At half time, I repeated myself and told the team that we didn’t put pressure on the Oman player with the ball in our half and we stayed too far from their players when they were building up. Oman were growing in confidence and we were getting lower. I asked the players go out and express themselves but do it as a unit. In the first half, we had individual intent and attacks from Manvir, Ashique etc. We wanted to enter transitions as a compact group, which we did in the second half to a degree,” Stimac stated.

On March 29, India will now face UAE at the Zabeel Stadium in Dubai and the head coach stated that the second-half performance against Oman showcases that the Blue Tigers can take on higher-ranked teams without fear.

Stimac said, “The second half (against Oman) shows that there is nothing to fear about. Of course, these are better sides and there is a difference of 25-30 spots in the rankings, which is a big gap. But, it doesn’t mean we can’t get the result and we showed it today also.”

“There is another game now and I need to give a chance to other players who didn’t play today (Thursday), which is why we are here. In a month, we will start from scratch and I need to find out what they can do against such sides.”