Table-toppers Churchill Brothers clash swords against third-placed Mohammedan SC tomorrow (January 14, 2021) at the Kalyani Municipal Stadium in Kolkata, West Bengal in the Hero I-League 2020-21. The match is slated for a 7 PM kick-off and will be telecast live on 1sports, whilst also being streamed on their Facebook page.

Despite being level on points with Mohammedan SC, Churchill Brothers, stay on top of the Hero I-League 2020-21 table courtesy of a high goal difference and come tomorrow, the Goan outfit will be on the hunt to make it two wins in two matches and putting some points distance between themselves and the rest of the pack.

Speaking at the official pre-match press conference, head coach Fernando Varela said, “A club with a history like Churchill Brothers always looks to win every match and against Mohammedan SC, it will be no different. However, it will be tough.”

“They (Mohammedan SC) are a good team and we respect them. They possess the ability to give us problems and since they are also coming off a win, the match tomorrow will be very exciting.”

“Defensively we have to focus and keep an eye on their attackers. We will utilize the set-pieces to the best of our abilities as we are very strong in those situations. We will look to grab an early lead and take control of the match,” he added.

Midfielder Richard Costa has already set his eyes on the prize. “You can dub us as title contenders because we want to win the trophy. For that, we have to focus on every match. We will take one match at a time and against Mohammedan SC, we are confident of getting a positive result.” 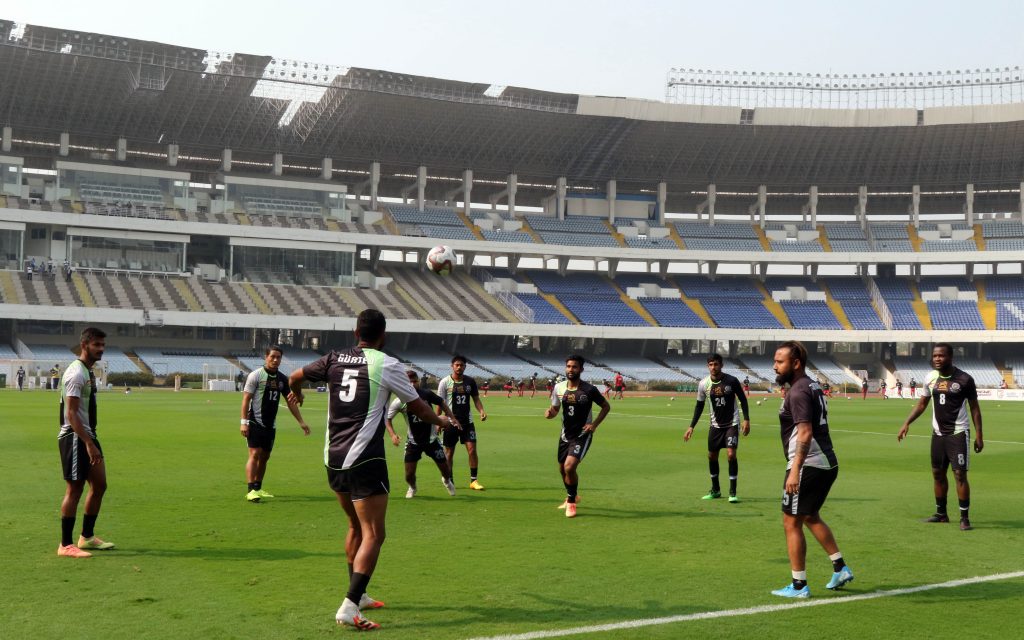 Mohammedan SC head coach Jose Hevia has however devised a winning plan of his own. “We have to improve our offensive game and we will try to be more offensive in the next match. It won’t be an easy outgoing against Churchill Brothers but we are ready and raring to go.”

“We are going to play our brand of football and look to trump them playing it. We should be concerned about our style of play and we should focus on that if we are to win.”

“It is only a matter of time before this team gets better. In the first match, we kept a clean sheet and had a great defensive performance. Although we were not good offensively, we got the job done and that’s more important,” he added.

Mohammedan skipper and defender Kingsley Eze will square up against Churchill’s Clayvin Bernardez Zuniga, who slotted a hat-trick against the Indian Arrows in the previous game, and the lanky defender is looking forward to the clash.

“They (Churchill Brothers) are looking to win and so are we. But, I believe we have a better team than theirs and can beat them. Football is not just about one player but Zuniga is a threat inside the box for us. It will be a good clash against him. I look forward to it,” he said.

Indian Arrows aim to trump Sudeva Delhi FC in an all-Indian clash
Beyond the backline: Gaurs look to change the narrative in the second half of season