Beyond the backline: Gaurs look to change the narrative in the second half of season 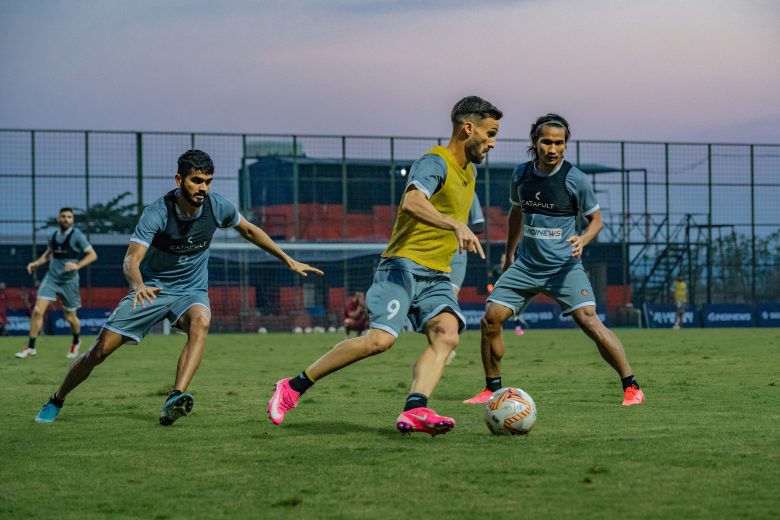 Mumbai, January, 2021: When the first season of the ISL rolled into town, the likes of Zico and Robert Pires dominated the headlines and hearts in Goa. There were a lot of expectations from the Gaurs from the get-go and yet it took five games for the team to register their first win.

The stutters, though, continued and it was only late on in the campaign that Zico’s men got into their stride, winning four on the trot.

Three years later, when another rebuild was in the offering, a breezy start to proceedings under Sergio Lobera was suddenly halted midway through the season. A five-game winless run (which included three defeats) threatened to derail all the good work done by the Gaurs.

Three wins on the trot to end the campaign helped the Goa get into the playoffs. Again.

With the top spot on the line last time around, the Gaurs rose up against all adversity to conjure up a run of 5 wins on the trot. The span saw them score 21 goals, averaging 4.2 goals a game.

The second half of the season this time around presents a similar opportunity for Juan Ferrando and his men.

Looking to make a mark

The new team had little time in terms of preparations as the pandemic-ravaged schedule meant that the team would get less than a month in a shortened pre-season before stepping out onto the field for the Indian Super League.

And considering all the dynamics in play, the Gaurs have done a laudable job to be amongst the top – not only in terms of points, but also play.

“We are getting better by the day. We have shown we are amongst the best,” remarked Romario Jesuraj, who himself is in the midst of his debut ISL season. “We have shown what we are capable of. What we have to do is find more consistency. That I believe will come with time as we play more together. We are a very new team.”

Consistency has been a critical word. Juan Ferrando has been on the lookout for the same. The Spaniard has looked to conjure up a concoction that looks to marry the panache from the likes of Jorge Ortiz and Brandon Fernandes, the precision of Igor Angulo and the grit and guile of Edu Bedia and co. in the midfield.

The road hasn’t been smooth. Then again, as the saying goes, “Calm seas never made a good sailor”.

“We have shown time and again that we are the best team in this league. Except for the game against Chennaiyin, we were superior to everyone in the games we played against them, and in this second part of the season we have to prove it in terms of points,” adds Edu Bedia.

“We are a team that bases its game on the association of players. The passing and movement is deliberate and planned. It’s a very convincing way of playing, that’s why we are the team with the highest ball possession in the league.

“That though, means that everything has to be in sync. With the team being new and the short time we had before the season kicked off has made it even more difficult to start off with. But we are seeing the signs of progress with every passing game.” 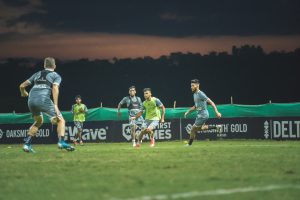 Making your own luck

Many have marked Goa as lucky after the Gaurs pulled off two consecutive wins against Jamshedpur and Hyderabad in injury time. Juan Ferrando’s men again struck late to equalise against SC East Bengal.

Character and grit have been really distinct features of this new-look FC Goa side. Down but not out. Bent and yet not broken. The Gaurs have in fact pulled out 9 points from losing positions this season – the highest by a big margin.

“Yes, in some games we were only able to step up in the second half. Then there were games where we came from behind and won right in the end. It (getting off to a good start) is something we have to improve,” stated Jorge Ortiz.

“However, winning it late also implies good things. It shows that the team is hungry, has character and is focussed until the last second.  Also, our way of playing with so much possession of the ball makes the opponent physically worse off in the last minutes whilst we are in better shape.”

Igor Angulo, who leads the league in goals with 9 from his opening 10 outings also shares a positive view on the Gaurs’ latest habit of striking late.

“A football match is 90 minutes and then some. It doesn’t really matter when we score. Whether it be a winner in the first minute or the last,” remarked the man from Spain. “What is important is winning. And that alone. We have to develop a habit of winning games. We are headed the right way.”

The Gaurs are back on the field this Thursday, 14th November against Jamshedpur FC. The match will be played at Fatorda at 7:30 PM as the Gaurs begin their second half of the season.

Churchill Brothers, Mohammedan SC look to build on winning momentum
FCG vs JFC – Three Key Battles to watch out for