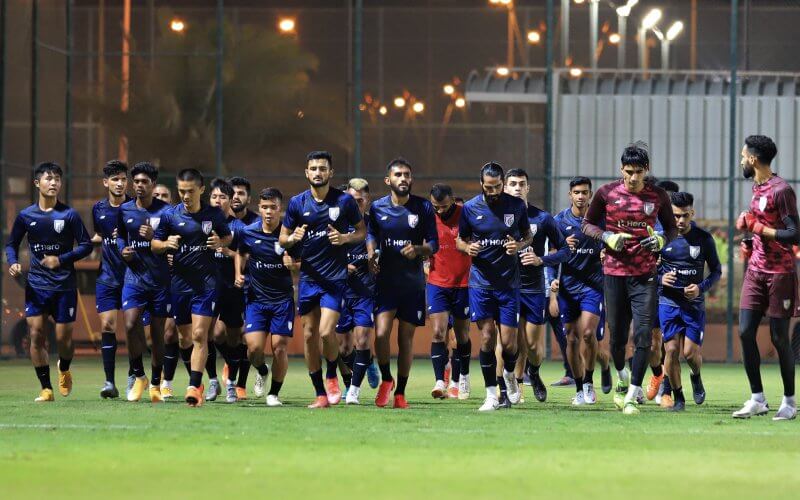 Keeping an eye on their preparation for the forthcoming International Friendlies in September 2021, the Indian National Team will be camping in Kolkata from August 15, 2021, onwards. All players and staff will be assembling by the day with training sessions starting from the next day (August 16, 2021).

This marks the return of the National Team camp in Kolkata after 15 years, with the Blue Tigers last having camped in Kolkata way back in 2006 prior to the FIFA World Cup Qualifier against Saudi Arabia. The camp will be conducted under a secured bio-bubble adhering to the laid-down health parameters in wake of the current pandemic situation. The contingent will also be undergoing regular testing.

National team Head Coach Igor Stimac has named his initial list of 23 probables, leaving out players from ATK Mohun Bagan and Bengaluru FC owing to the two club’s commitments in the AFC Cup in the Maldives. Players from both clubs will be joining the squad immediately after finishing their club commitments in the continental tournament.

Head Coach Igor Stimac averred: “I am very happy to meet with my players again and get ready for the upcoming challenges forward together.”

“We wish both the Indian clubs good luck and hope they do well in the AFC Cup. Meanwhile, we need to check on the rest of the players who will kick-off the camp with us next week, and choose the best ones until the rest of the players join us,” Stimac, who coached Croatia to qualification for the FIFA World Cup Brazil 2014, added.

The 23 players joining the camp on August 15 are as follows:

The ATK Mohun Bagan and Bengaluru FC players who will be joining the camp after their AFC Cup duties are as follows: