ACL clean sheet against Al Rayyan one of the best moments of my career: Dheeraj Singh 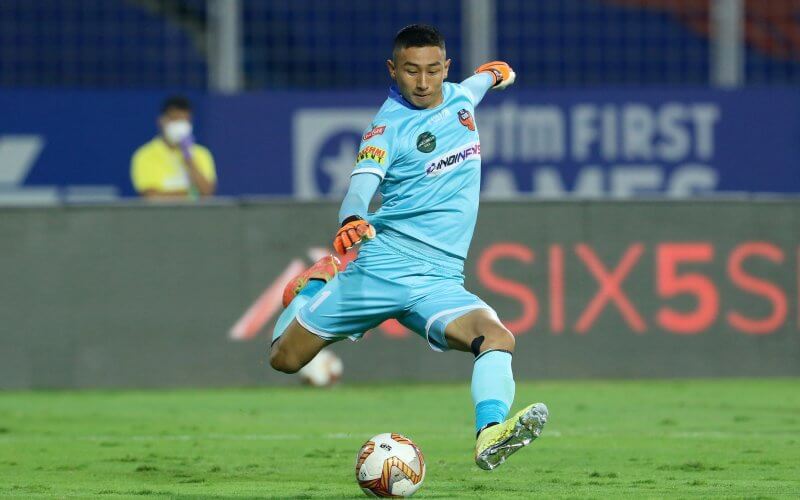 NEW DELHI: FC Goa custodian Dheeraj Singh Moirangthem hailed his side’s memorable result against Qatari club Al Rayyan as “one of the best moments” of his career, after maintaining a clean sheet against the Laurent Blanc-coached team.

FC Goa became a part of Indian Football history when they became the first Indian club to play in the AFC Champions League Group Stage. The Gaurs made the occasion all the more special when they earned a point in their very first game against one of Asia’s finest.

“It was a great opportunity for me and the entire FC Goa team because we get to represent FC Goa and the nation at once. Getting a clean sheet is obviously a great feeling for the goalkeeper and the defence,” said the former AIFF Academy cadet. “It shows how you went about the defensive work. Obviously, it was a great feeling and I feel last night was one of the best moments in my playing career.”

“It was a very good game and we knew that it was going to be difficult. All the boys put out a great effort. We gave our best as a team and I think it is a big achievement and a good result for us. It was a great start to the Champions League and we are looking forward to the next match,” he continued.

In his very first match in the AFC Champions League, Dheeraj, who had also represented India in the FIFA U-17 World Cup four years back, came face-to-face with stars like former PSG Academy product Yacine Brahimi, who has also played in top Spanish and Portuguese clubs like Granada CF and FC Porto.

“Playing against experienced players like Brahimi and many others is a tough challenge,” said Dheeraj. “I prepare myself in a really calm and normal way. I didn’t get much excited before the match started and I tried to control myself.”

The custodian further went on to reveal that his first AFC Champions League match required a different approach than normal.

“I prepared myself in a different way. During the Hero ISL, I used to watch the videos of other teams. But for the last match, I just watched the set pieces and I didn’t go through the individual clips because I wanted to play my natural game. I wanted to prepare for every situation that could come,” he said.

FC Goa are set to face Al Wahda in their second Group E game at the Jawaharlal Nehru Stadium in Goa, on Saturday, April 17, 2021. Dheeraj earned high praise from Al Wahda head coach Henk ten Cate ahead of the match.

“They are a very well organised team with a very good defensive centre. They have a really, really good goalkeeper too. So we will be facing good opponents who already have a point, and we don’t. But, one win can change the whole thing,” ten Cate said in the pre-match press conference.

The point earned against Al Rayyan has given Dheeraj and his teammates a lot of confidence, and the Gaurs will now be looking to build on that for the rest of their Group E matches.

“Getting a point in the starting of the tournament gives you confidence. I am hoping that our players will be more aware of the level, so we should be preparing really well and we are looking forward to delivering more no matter what the result is, we will try to give our best,” stated Dheeraj.