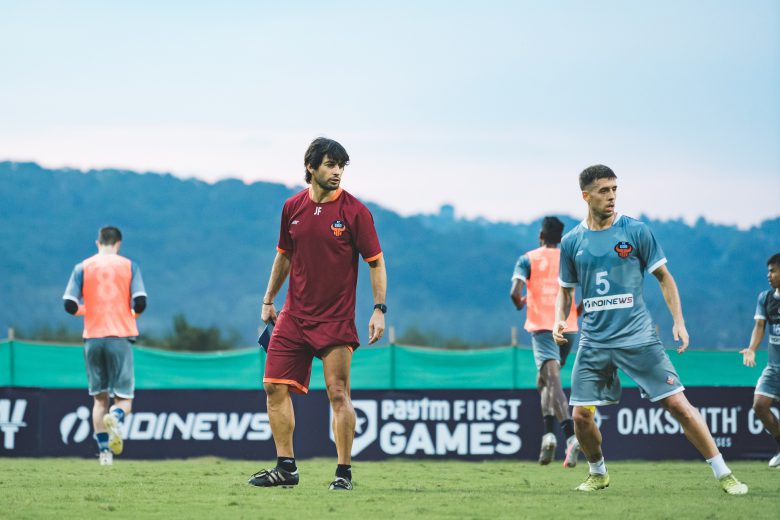 Goa, April 16, 2021: FC Goa are all set to take on Al Wahda in their second AFC Champions League encounter on Saturday night, just days after impressing during a 0-0 draw in their opening fixture against Al Rayyan.

The Gaurs put on a dogged display against one of the best sides in Qatar last time out, and will need more of that grit and determination as they welcome the visit of Emirati side Al Wahda.

Ahead of this big game, let’s take a look at how the two teams compare, and who could be the men capable of making a difference:

A strong performance against Al Rayyan will give the Men in Orange confidence heading into this one, especially since few expected that level of resilience from the Indian Super League (ISL) giants.

The individual displays of players such as Glan Martins, Ivan Gonzalez and Dheeraj Singh were especially encouraging, and early signs suggest that this team is more than ready for the challenges that lie ahead.

“It is necessary to work as a team”, said Head Coach Juan Ferrando in his pre-match press conference as he discussed his side’s progression in recent months.

Despite the praise for a strong defensive performance against Al Rayyan, Coach Ferrando insists there are areas Goa need to strengthen if they want to go further in the competition.

“We need to improve in attack and our focus is always on the next game. We cannot think of the Al Rayyan game anymore,” he said.

“I know the Coach and the attacking style of Al Wahda and they are a very dangerous team. We need to control them in many areas of the pitch to stop them and we will also try to keep the ball as much as possible.”

When it comes to attack, FC Goa’s threat lies in the technical brilliance of Jorge Ortiz, who showed flashes of his class against Al Rayyan, and the desire of young Ishan Pandita, who was a willing runner despite being isolated at times up top.

FC Goa will hope that their young guns and their experienced players can come together and lead the team to success against a tricky Al Wahda outfit.

FC Goa’s opponents in their second game is Emirati side Al Wahda, who enter this game with something to prove after being beaten 1-0 by Persepolis FC in their opening outing in the AFC Champions League.

Al Wahda ply their trade in the UAE Pro League, and currently sit eighth in the table in a domestic league that they have triumphed in four times in their history.

The team is coached by former Ajax Head Coach Henk ten Cate, who has held several high profile positions in Europe, including stints at Chelsea and FC Barcelona in the past.

When it comes to their main threat going forward, Al Wahda will look to Slovenian striker Tim Matavz to provide the goals, as he remains their top scorer this season with nine goals in 23 games.

Additionally, Ismail Matar leads the way for Al Wahda when it comes to most assists for the club this season, with nine to this name. Meanwhile inspirational club captain Khalil Ibrahim Al-Hammadi is one of their most technically proficient players and would want to put on a strong display against the Gaurs.

The Emiratis have played 12 times in the Champions League, with their longest stay in the competition coming in 2007, when they reached the semi-finals in a memorable season for the club.

Something has to give

With Goa holding on for a draw in their first game and Al Wahda suffering a defeat, expect the side from the UAE to come out firing once the opening whistle blows.

Goa will need to show more of their defensive prowess, but be willing to push forward at every given opportunity if they are to get something out of this game.

Something has to give as these continental rivals battle it out, and you can catch all the action live at 8 PM on Saturday, 18 April.

ACL clean sheet against Al Rayyan one of the best moments of my career: Dheeraj Singh
FC Goa vs AL Wahda: 5 key battles to watch out for