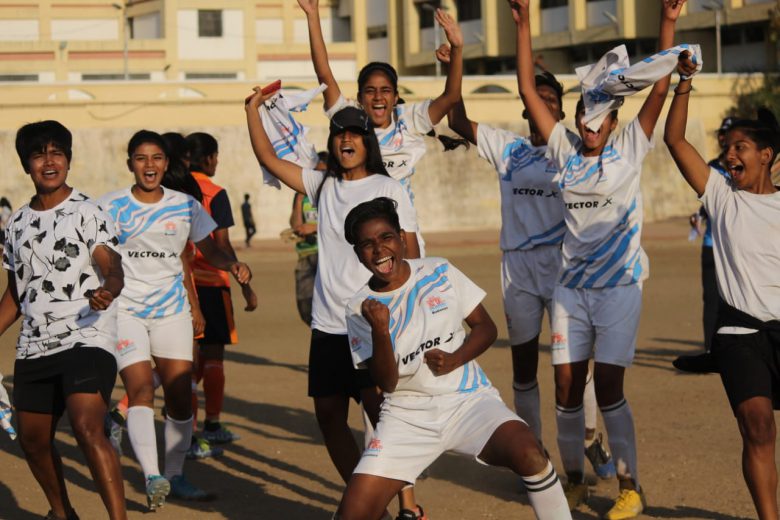 As the sun dusked in Jalgaon, a pragmatic Mumbai outfit overcame a sturdy Kolhapur side to clinch the WIFA Inter District Women’s Championship.

In an enthralling final between two of the strongest sides in Maharashtra, Mumbai made their way to glory! Both the teams tried their best efforts to draw the first blood, but applauds to the defenders for standing robust infront of their respective goalkeepers.

Failing to score within the regulation time, winners were to be decided by penalties. In the game of spotkicks, Mumbai’s goalkeeper Kashmira rescued her team in the sudden deaths to become the best goalkeeper of the tournament.

Adhika Bhosale of Kolhapur district was adjudged as the ‘Best Player’ of the tournament followed by Pratiksha Mithari, who bagged the ‘Best Striker’ of the competition. Arifa Zaheer and Kashmira Pedhnakar of Mumbai took home the ‘Best Defender’ and ‘Best Goalkeeper’ accolades respectively at the WIFA organised Inter District Women’s Championship in Jalgaon.