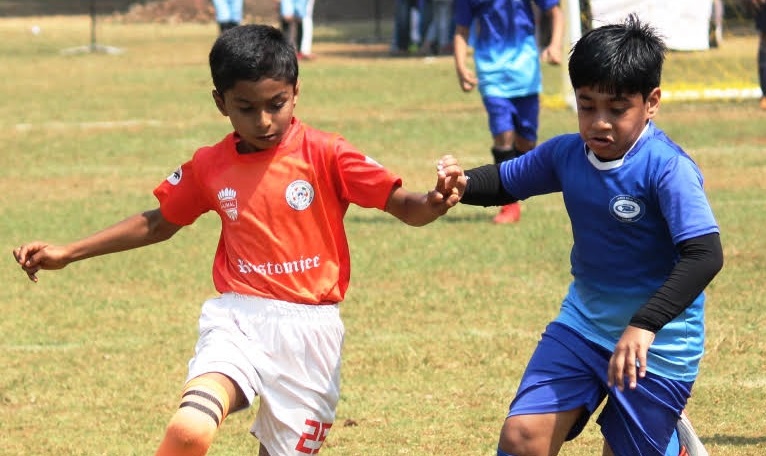 Siddhartha Joshi’s twin strikes was the highlight of Sporko CFCI, Andheri 3-0 win against India Rush, Thane in a boys’ under-10 Premier Division (round-2) match of the of IDBI Federal Life Insurance-The Sunday League (Season 4), at the Western Railway ground, Lower Parel.

Earlier, in a boys’ under-8 encounter, La Liga Football Academy, Bandra defeated ANSUS RKM Sports Academy, Andheri 2-0. Arjuunraj Saxena and Kiyan S., both netted a goal each for the Bandra team. The ‘Player of the match’ awardwent to Aryav Vidyarathi of La Liga FA.

Player of the match: Kyle D’Souza.

Player of the match: Siddhartha Joshi.

Player of the match: Fhaijan Shaikh.