We owe it to our own evolution to rid the world of racism, says Chhetri on completing 15 years in International Football 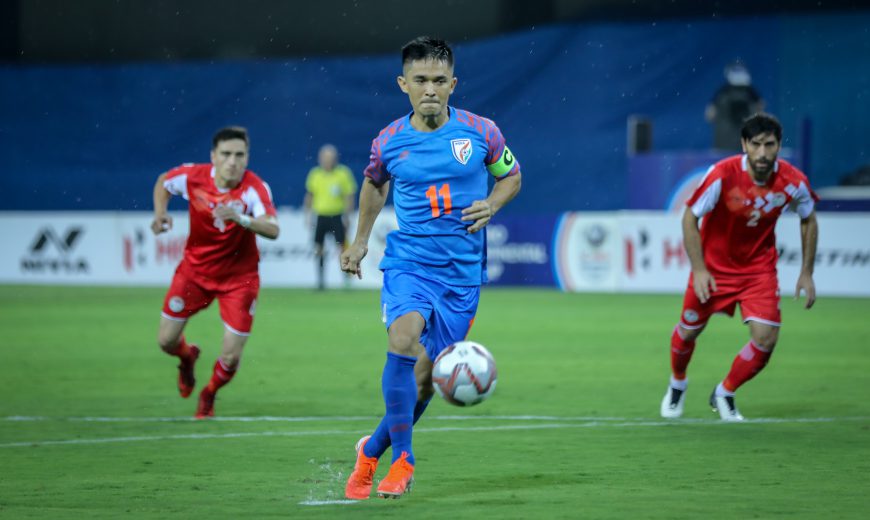 Indian Football Team captain Sunil Chhetri took a stand on the completion of his 15th year in International football stating that mankind owes it to its own evolution, to eradicate racism.

With the recent turn of events in recent times which has got the entire world speaking about the heinous crime, Chhetri in a chat with AIFF TV condemned the practice of racism.

“It (racism) really hurts. There is absolutely no logic or truth behind it. It used to happen a lot before. But now we need to educate more people about it. Mankind owes it to its own evolution to rid this world of racism,” said the India captain. “At the end of the day, everyone belongs to some colour, caste, or religion. So what is the point of demeaning a person from another community?”

The 35-year-old further went on to state that people who are seen to exhibit behaviour need to be taken hold of and educated about how they are letting his or her fellow humans down.

“Racism comes from ignorance, at the end of the day. If I see someone being racist, I would get a hold of them and explain to them why what they are doing is wrong,” he informed.

Chhetri, who completes 15 years in International Football today (Friday, June 12, 2020), the second Indian Footballer after Bhaichung Bhutia to achieve the feat expressed his gratitude towards the people on and around him for helping him achieve this feat.

“The fact that I am here after 15 years, and few more left — that’s my achievement. I don’t want to take credit alone for my achievement, everyone starting from on the pitch and off the pitch — my family, my teammates. It’s very rare for any sport around the globe to play for 15 years for the country is very rare. I am very fortunate,” Chhetri who has scored 72 International goals so far, expressed.

“If people like Bhaichung (Bhutia) bhai, Renedy (Singh) bhai, Abhishek (Yadav) bhai or Venky (Venkatesh Shanmugam) bhai and others didn’t work hard and trust me with the opportunities, things may have been different,” said Chhetri.

“Just like I reaped the fruits of their hard work, the same goes for the current generation,” he continued. “It’s because of the hard work of Bhaichung bhai (Bhuria), Steven (Dias), Mangi (Gouramangi Singh), Pal bhai (Subrata Pal), many others and myself, that guys like Sandesh (Jhingan), Gurpreet (Singh), (Anirudh) Thapa and Amarjit (Singh) are reaping the rewards today.”

Recalling the moment before his International debut against Pakistan in Qaetta on June 12, 2005, Sunil Chhetri expressed amazement when both him and fellow debutant Syed Rahim Nabi were informed by coach Sukhwinder Singh the day before the game, that they would be playing.

“To be honest, this strict Chhetri that you see today wasn’t so strict before. Nabi da and I were having biryani the evening before the match. After we got back, Sukhi sir called us up and told us that we will be starting,” Chhetri recalled.

“We couldn’t get any sleep that night. You can’t imagine what a moment that was. Both of us remember it so clearly. We always thought that we have to get our debut, and before the first day, the coach telling us that we would play was immense,” he smiled. “We were so happy. It will always remain one of the best days of my life.”

Making a special mention of Bhaichung, Chhetri stated: “When I first joined Mohun Bagan, he had just come back from England. I used to see him so dedicated and give everything in training-  He told me then – ‘Don’t worry, you will never know how time passes. You will be there.’

“If I have scored 72 International goals today, it’s because all these guys who I have played with in the past and present, they all wanted me to score,” Chhetri expressed. “I want to thank each and every player that I have played with during my career. They all are a big reason why I have had the privilege of completing 15 years in International Football.”

Sunil and I were chilling around when we were told we will be playing, recollects Rahim Nabi
ONGC player Naresh Aula dies aged 35