Sunil and I were chilling around when we were told we will be playing, recollects Rahim Nabi 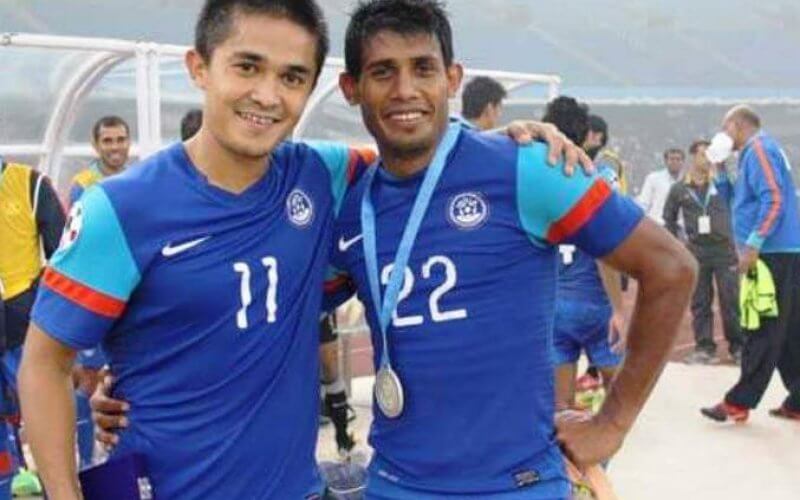 I cannot forget the day when we played our debut match for the senior National Team. It was about one and a half-decade ago on 12th June, 2005, but to me, it’s like something which happened only yesterday.

The Indian team had gone for a three-match tour of Pakistan under coach Sukhwinder Singh. Sunil Chhetri and I had got call-ups in the squad and were naturally excited. The first match was in Quetta, Baluchistan.

I remember reaching Quetta city four days prior to the match. Two days later, we got an invitation from some senior officials of the Indian High Commission. It was a huge moment for both of us and we didn’t even know how to present ourselves in front of such important people. Then we decided to stay at the back of everyone and imitate our seniors!

We were roommates and the youngest players in the squad. Seniors like skipper Venky-bhai (Shanmugam), Mahesh-bhai (Gawli), Renedy-bhai (Singh) used to treat us like younger brothers. Double Olympian – the late Ahmed Khan was chef-de-mission and we were star-struck seeing the legendary footballer from so close.

Even a day before the match we had no idea that we could be included in the starting eleven. Pakistani dishes were delicious and we just couldn’t resist ourselves from devouring as much as we could. The biriyani at our hotel was yummy – something which I still cherish. We had no tension and were chilling around. We knew we were the youngest ones and won’t get to play at all.

Suddenly, Sukhi-sir called both of us and said we would be playing the opener! We just couldn’t imagine it in our wildest dreams. It was a jaw-dropping moment. We didn’t even know how to react, and what to say.

Sunil made his debut memorable as he struck in the 65th minute to give India the lead. After Sunil scored there was pin-drop silence at the stadium. Earlier, when we came out for the warm-up before the match, the stadium was already full to its capacity.

People had come from remote corners — in cars, buses, trains, horse carts, bullock carts while others walked from distant places. They were hostile for debutants like me and Sunil, it was a baptism of fire in true sense.

Back in our hotel room, our emotions hadn’t sunk in. We could barely talk to each other and couldn’t sleep either. That jersey for that match is still with me and that feeling of representing your nation for the first time was a feeling which can’t be expressed.

The reception we got in Quetta was unforgettable. Even the senior members of the team were bowled over by the magnanimity of the organisers and football-loving crowd in general. We were provided top-class security at the hotel, the team bus was always escorted by pilot cars. Police cordoned off the route whenever we travelled. We were treated like VVIPs throughout the tour.

Earlier, we had travelled to some other countries with the age-group teams. But the experience of the maiden tour with the senior team is always different – nothing else could be compared with that. To add to it, the fact that we toured Pakistan made the experience even more remarkable.

Fall and Peña were like big brothers to me: Amey Ranawade
We owe it to our own evolution to rid the world of racism, says Chhetri on completing 15 years in International Football