Fall and Peña were like big brothers to me: Amey Ranawade 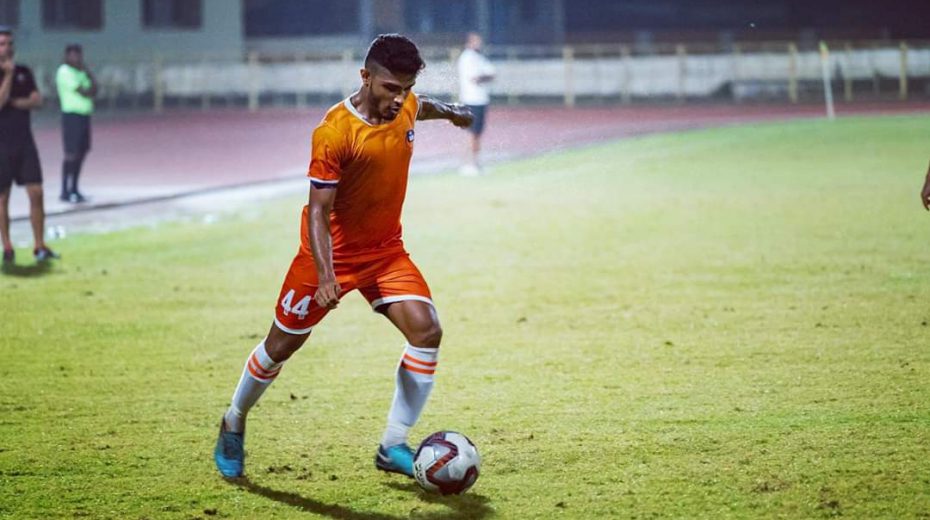 22-year old Amey Ranawade, who has been an understudy in the defensive line up of ISL league champions – FC Goa, is now all set to take on any challenge in his quest for first team action.

Navi Mumbai based Amey Ranawade is a versatile defender, who can play both as a right wing-back as well as at the center of defence. The Gaur defender has spent his last few years at two of the top clubs of the country namely Mohun Bagan and twice at FC Goa.

Amey’s first brush with football came back when he was in his school (Fr. Agnel). From there, he was picked to train in AIFF Regional Academy after impressing coaches during an open trial in Kolkata. Amey soon went to represent India U-13 in AFC grassroots festival. Amey continued to train at the AIFF academy playing in various age group tournaments representing India.

In 2016, Amey moved out of AIFF academy to join professionally his first football club – Pune based I League club, DSK Shivajians. At DSK, Amey had his first taste of success as he went on to lift the DSK Cup with the club. After DSK, Amey signed up for ISL team FC Goa ahead of the 2017-18 campaign Amey made his professional debut for the gaurs during the 1-0 win over East Bengal in the Hero Super Cup 2018 semi-finals. 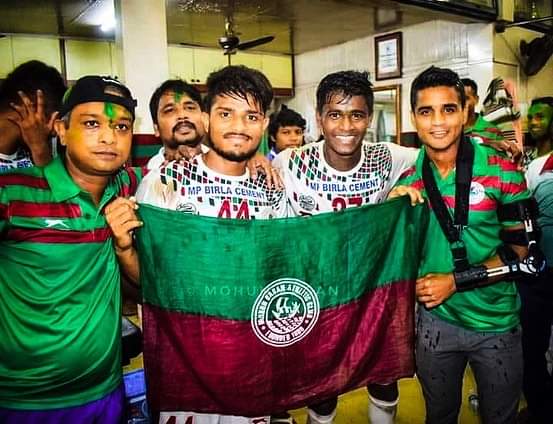 Amey Ranawade during his time at Mohun Bagan

The following season saw Amey sign up for Kolkata giants Mohun Bagan, where he was part of the Club’s Calcutta Football League winning campaign. He also made four appearances for the Mariners in Hero I-League 2018-19. Last season, Amey was once again roped in by FC Goa where the club finished top of the league table to win AFC Champions League spot.

Talking about his experience at goa, Amey says, “It was a very good season for us. The team atmosphere was great and there was a unity among us. There were lots of experienced players in the team so it was a great learning experience for me.” Adding further on the semi-final loss, Amey stated, “We were sad after that semifinal loss, but somewhere, we felt good that we had created history by qualifying for the AFC Champions league.”

Although Amey had a stint with Gaurs before, it was this season that the defender made his ISL debut. During the match against Northeast United, Amey replaced Seriton Fernandes to make his first ISL appearance. Talking about that moment, Amey recalled, “It was a memorable moment something that needed a lot of hard work. I had been waiting for this opportunity for quite some time now. I am glad that coaches believed in me and gave me an opportunity to play.”

Amey credits his father for providing him the motivation and support in taking up the game, “My dad was my biggest motivator. Not just in football but in every decision of my life, he has always backed me and asked me to pursue what I love.” Talking further about his role model from the game, Amey mentioned Dani Alves as someone he admires.

Although at Goa, game time was limited, Amey credits the contribution of Mourtada Fall and Carlos Peña on his overall development, “They always helped me both the on the field and off the field. They would advice me on what to eat and how to be professional about the game. Having played in La liga and other top leagues, they would share the experience and guided me on technical aspects like my positioning during the attack as well as defence. They were like big brothers to me.”

With football currently shut due to the covid-19 pandemic, Amey has made sure he had everything set up to keep himself fit at home, “I have made some gym like setups at home like cycling, weights etc. and train regularly on them to keep myself fit.” said Amey.

In the second video of my segment #WorkoutWithBantai, I’ll help you with some simple yet effective agility workout drills! 💪🏻 . Ladder is one of the most brilliant piece of props to do a agility workout. I’ve segregated my video in three parts. 🏋️📽️ . 1) Warm Up x 3 2) Single foot agility drill x 3 3) Double feet agility drill x 3 (3 reps of each exercise) Let me know if you use any other daily use things as props for your workouts! 😁 . . . . #DaniBantai #WorkoutWithBantai #FootballFitness #Fitness #StayAtHomeFitness

Talking about his future targets, Amey emphasized on regular game time as his next aim, “I want to play regular first team football now. I am working hard and preparing myself to get regular starts at ISL. Whenever and whichever club gives me a chance I want to latch on to it and not miss it. Going forward I want to play for the national team in future.”

With decent amount experience as a backup option for some of the best teams in Indian Football, Amey Ranawade looks set for first team football.

FC Goa retain Edu Bedia for two more years
Sunil and I were chilling around when we were told we will be playing, recollects Rahim Nabi