We need to feature in every Asian Cup, states Gouramangi Singh 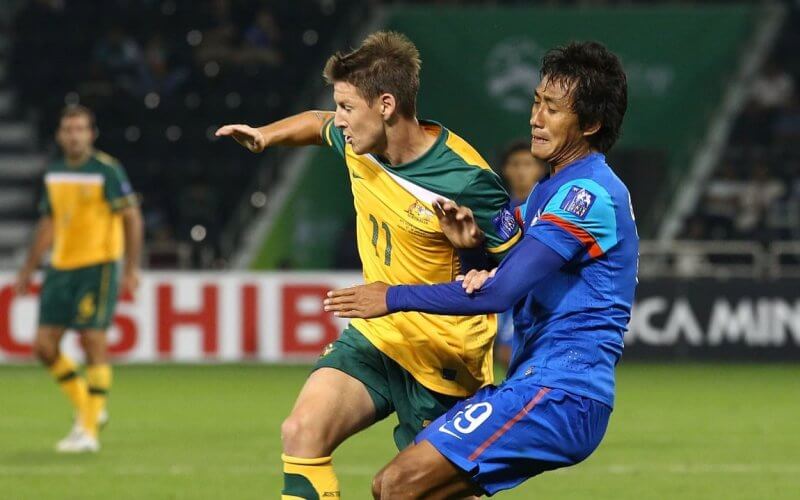 One of the most decorated National Team defenders in recent times, former Blue Tigers captain Gouramangi Singh termed the qualification to the AFC Asian Cup Qatar 2011 as a “wake-up call” for Indian Football.

In a live chat with AIFF TV, Gouramangi, talking about the significance of the qualification after a gap of 27 years mentioned “we are on the right track.”

“The 2011 Asian Cup made us realise that we can do it — hang with those top teams. The belief, the confidence — everything was at a high,” he averred.

“The World Cup is a long-term project but I think we are now on the right track. We have to keep focusing, keep trying to feature at the AFC Asian Cup every four years and try and finish among the top ten teams,” he maintained.

“That should be our immediate target which we can use to build on. The number of teams in the World Cup is set to increase. So the chance is going to grow and be there. We have to keep working hard and be the top ten in Asia,” the 34-year-old added.

Since making his Blue Tigers debut in 2006, Gouramangi has won a plethora of trophies with the National team, including multiple Nehru Cup and SAFF titles — along with the AFC Challenge Cup in 2008. A member of the iconic ‘Class of 2011’, he was named the AIFF Player of the Year in 2010.

Currently an A-Licence coach with Bengaluru United, Gouramangi pointed out the increase in exposure for players over the years with both club and country will continue to “benefit” the players greatly.

“We talk about the exposure tours with clubs, which is new, and also with the National Team. We have been travelling abroad, getting foreign exposure and playing overseas clubs. Players in the National Team set-up are used to it more or less as they have been getting to do it a lot in the last few years,” he said.

“But now even the Hero ISL clubs are having exposure trips and pre-season abroad — which has not been very usual in Indian football but is happening now. I think it will only benefit us, and that is what we are looking for. I hope that we have more clubs coming in and setting out such rules and giving more opportunities for the players.”

A former India U-19 captain, the towering central defender also looked back at his entry into the senior team in a trip down memory lane. He talked about how his seniors helped him learn “on and off the pitch” and expressed that “they are all legends” for him.

“When I got my senior team call-up, I would wonder — ‘Can I break into this team? When am I going to get my chance?’. It was tough, but to share a dressing room with the likes of Mahesh Gawli, Bhaichung Bhutia, Renedy Singh, Deepak Mondal, Climax Lawrence — players we have grown up looking up to — was amazing. To get the opportunity to play with them, it meant everything,” Gouramangi recalled.

“Not only just on the pitch, but I also got to learn so much off the pitch. They are such humble human beings — calm and composed. They really took care of us. Some of us have gone on to make a career in this game and a lot of credit goes to our seniors. They have done so much for us, for so many years and won so many things. We share a very cordial relationship, even to this day. They are all legends for me,” he stated.