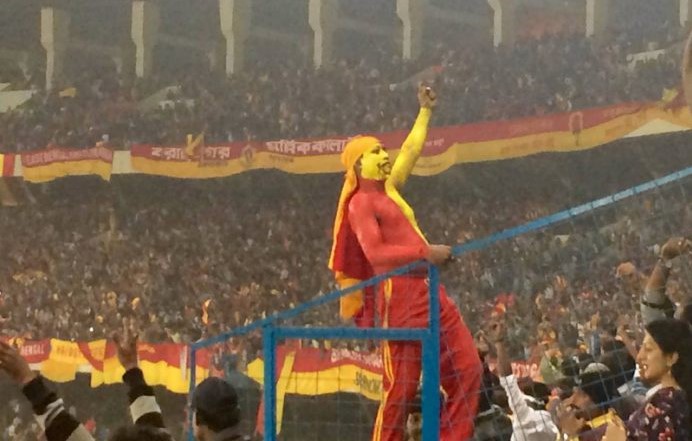 In a dramatic turn of events, Kolkata Giants East Bengal FC have confirmed new investors after rapid turmoils coming their way. East Bengal is likely to take part in the Indian Super League Season 7 after forming an alliance with Shree Cements Limited, a cement manufacturing company who have acquired majority stakes in the football club.

Ever since ATK merged with Mohun Bagan in January, there have been numerous questions from the supporters about East Bengal’s fortune. The club was previously in talks with multiple firms including MNCs such as Procter & Gamble and Universal Success Enterprises Ltd but each went in vain due to multiple reasons. With very little assurance from the officials, it seemed like the pandemic stemmed the tide for the centenary club to be a part of the country’s Premier League.

In fact, it was a few months ago that Football Sports Development Limited, the operators of the ISL hinted the club representatives that they might not increase any clubs to their roster for the 2020-21 season.

Things took a sharp turn when Hon. Chief Minister Mamata Banerjee took the onus on her to find a solution. The Chief Minister of West Bengal ensured the deal and made a formal announcement in Nabanna, Howrah today. She, in fact, spoke personally to FSDL Chairperson Mrs Nita Ambani and AIFF President Mr Praful Patel to make matters fall in place.

The investors, Shree Cements has Cement autarch Benu Gopal Bangur as the Chairman. His net worth has been valued at $6.4 billion by Forbes as of February 9, 2020. He ranked 268th in the Forbes Billionaire List in 2020. He did a B. Com (Hons.) from Calcutta University and is one of the wealthiest personalities from the state.

East Bengal, who completed their centenary this year, couldn’t have received a better bonus for themselves. Senior Executive Debabrata Sarkar, who had always maintained that the club will take part in the ISL, thanked top Reliance official Tarun Jhunjhunwala and West Bengal Sports Minister Arup Biswas for their complete support.

“We will give our best try to settle the formalities and ensure that East Bengal can play in the ISL in this year itself” – Tarun Jhunjhunwala, CEO of RelianceJio

For the ISL, it makes complete sense to include East Bengal into the league. The famous Calcutta Derby has the potential to garner massive engagement and will be beneficial to take football to masses. The history and heritage of Mohun Bagan and East Bengal, when amalgamated with the glitz and glamour of the cash-rich Indian Super League, has the potential to commence a new era for Indian football, whose graph shall only steep upwards!

“Goals and Professionalism is what the fans should expect from me” – Igor Angulo
I could not sleep at night after we defeated Cameroon in Nehru Cup final, reveals Mehtab Hossain