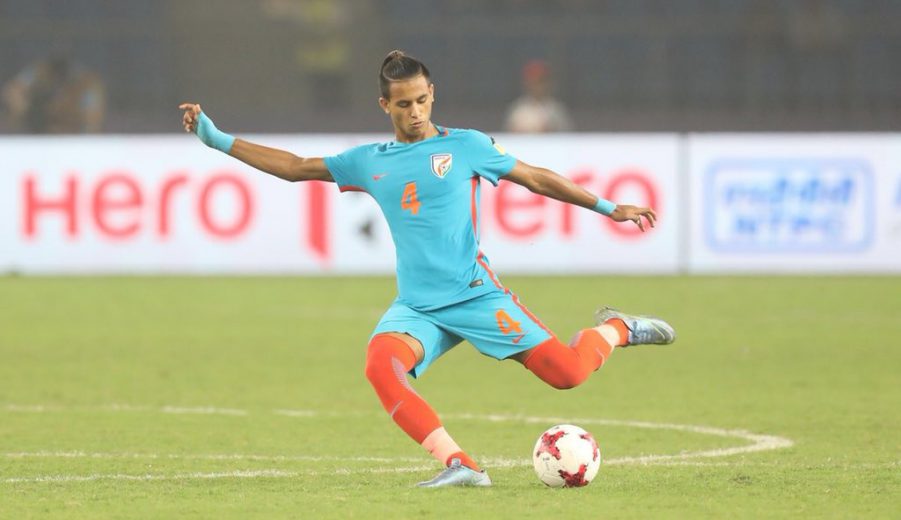 Celebrating his 20th birthday today, Anwar Ali Jr. has received perhaps the best birthday gift he could ever imagine, as he was declared medically fit by doctors to play professional football. Final decision from AIFF Medical committee awaited.

The former India U17 world cup star was found to have a congenital heart condition during the national camp last year. His medical condition was declared serious and as a result he was stopped from playing the game.

The 20 year old Minerva graduate was part of the India squad for the U17 FIFA World Cup in 2017, in which the youngster played in all the group matches of India. However, his biggest moment of personal glory would come a year later in the COTIF Cup where the youngster scored a stunning free-kick against Argentina U18 side to help India eke out a 2-1 win.

He was signed by Hero ISL outfit Mumbai City in 2018 after which he spent a year on loan with AIFF Developmental side Indian arrows. After a successful spell at the Arrows the youngster looked all set to make his impact in ISL when tragedy stuck in the form of unfortunate medical condition. AIFF then sent Ali to Rennes in France for treatment where it was reported that a return to football was too much of a risk.

However, after returning to his hometown in Punjab, Ali had resurfaced with fresh reports deeming himself to be ‘completely fit and ready to play’. After losing a year of football, Anwar had recently signed for I league 2nd division side Mohammedan SC. However concerns were raised immediately about the youngster being medically fit to play the game.

Both AIFF and the club had ensured that there would be full medical checkup of the player and only after the doctors declare him medically fit to play, he would be allowed to play. Today, celebrating his 20th birthday, Anwar Ali Jr. was declared fit to play by cardiologists from kolkata, a delight for both player and football fans across the nation. Meanwhile not wanting to take any risk, AIFF has referred the reports further to their medical committee for the final decision. If the committee clears him, he can start training and will be available to play.

AFC Cup 2020 on verge of being cancelled after increasing Covid threat in host nations
I will play Sunil as the No. 10 with Vijayan and Bhaichung pairing upfront: Shanmugam Venkatesh