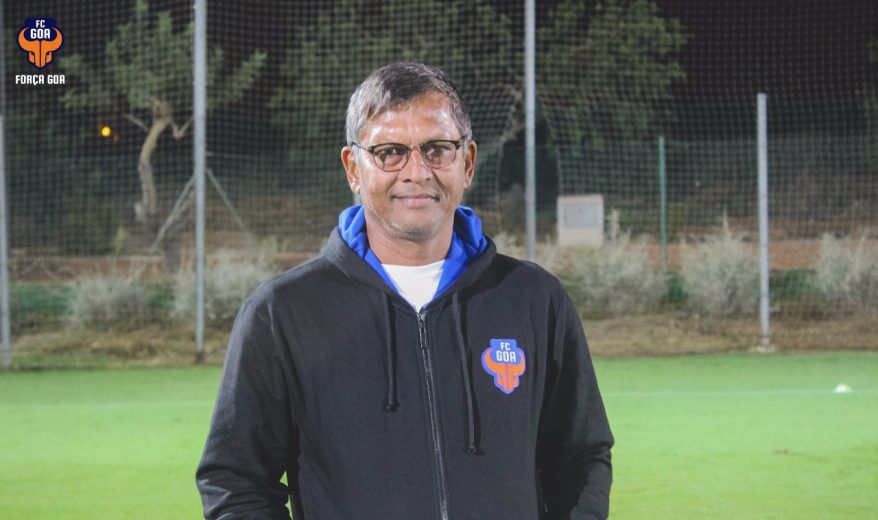 In conversation with FC Goa Technical director and Youth Development in-charge Derrick Pereira, we take a deep dive into FC Goa’s strong youth setup that aims to nurture the next generation of footballers all the way from grassroots to senior team.

Apart from being revered around the Indian Football for having one of the most attractive styles of play, FC Goa is also known for producing consistent results. The Goan outfit has reached the knockout stage of Indian Super League five times in the league’s 6 year of existences, including two runner-up finishes.

Meanwhile over the past few years, FC Goa has also been consistent in creating the next generation of footballers, many of whom have risen from the youth set-up to the senior team. Some of these players, promoted from the Dev Team include;

Others include Development team skipper and defender Leander D’Cunha, left full-back Sarineo Fernandes, midfielder Flan Gomes and the forward duo of Aaren D’Silva and Lalawmpuia, who are in the reckoning to be part of Juan Ferrando’s squad this season.

Helmed by former India international, Derrick Pereira, who is the club’s Technical Director and is also in charge of the club’s youth development ecosystem for the last three years, Goa has maintained a steady flow of talents coming up the ranks. The robust age group teams and the grassroots programme launched by the Forca Goa Foundation have played a vital role in this development. 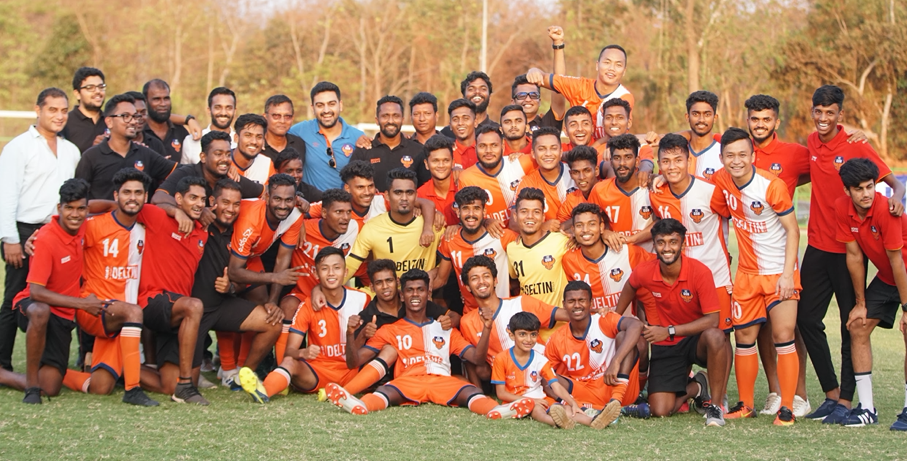 When talking about the vision set out for him by the FC Goa management, Derrick Pereira states, “Goan football alongside the likes of West Bengal, NorthEast, Kerala, etc. were at the forefront of producing talented footballers in the country a few years ago. That number, though, had started to come down in recent times. FC Goa wanted to get back to the earlier times and produce players who were capable of playing at the national as well as international level”

He continues, “Our focus was to harness the talent that is abundantly available in Goa and give them a platform to shine. It was not enough to just be the flag bearers of the state in the ISL, we wanted to groom them from a very young age and produce players of real quality. That was and remains the vision for FC Goa in regards to Goan football. My focus from the get-go was to build a robust youth system that caters to this vision.”

Regarding the challenges Derrick faced in this assignment, the former India International states, “Personally, it was a big challenge for me to reshape my thinking and methods. Moving away from first team coaching to setting up the youngsters to get there, I had to make changes to my approach, thinking and required a lot of research. The mentality and needs for players at a young age are way different than at the highest level. The focus shifted a lot from results to that of learning. That’s what we prioritize in the youth set up in FC Goa – whether it be physically, tactically, technically or psychologically”

Talking about the structure of the setup, Derrick elaborates, “For the young players, we are competing both at the state as well as national level tournaments. But the work doesn’t stop only with what happens on the ground, there is a coaching team, a video analyst and medical staff dedicated to each and every team. This structure is vital.”

The club has a Centre of Excellence program for U-10 and U-12 categories from where coaches selected players for the U-14 team. This year the club has seen a lot of players promoted from the U-14 to U-16, U-16 to U-18 and from U-18 to the development team. Players, who are promising and ready to make the break, are promoted to the next level. Players like Sweden Fernandes, Dylan D’Silva and Lesly Rebello have made it through to FC Goa’s B team in the last three years from the youth set-up

Talking about the scouting done for the developmental sides and what exactly the club looks for in a player, Derrick adds, “There is a whole team dedicated to scouting for the players. Lokesh Bherwani heads the scouting team for us, which consists of both local and national scouts.  Over the year, we scout more than 250 players. Whether it is a local tournament in Goa or a state league like the Mizoram Premier League or even the Kerala Sevens, we look to scour the entire nation as much as possible and look for some exceptional players who can truly make a difference to the team.

For the U13 and U15 teams, the boys are selected from the state. The Developmental side has a larger mix of players from different states of India, who have shown to be exceptional players. What we look at is primarily the technical ability. Then there are also questions as to the way he plays, whether he will suit or style of football, whether he will be physically suited for the position and background checks as to the attitude of the player.” 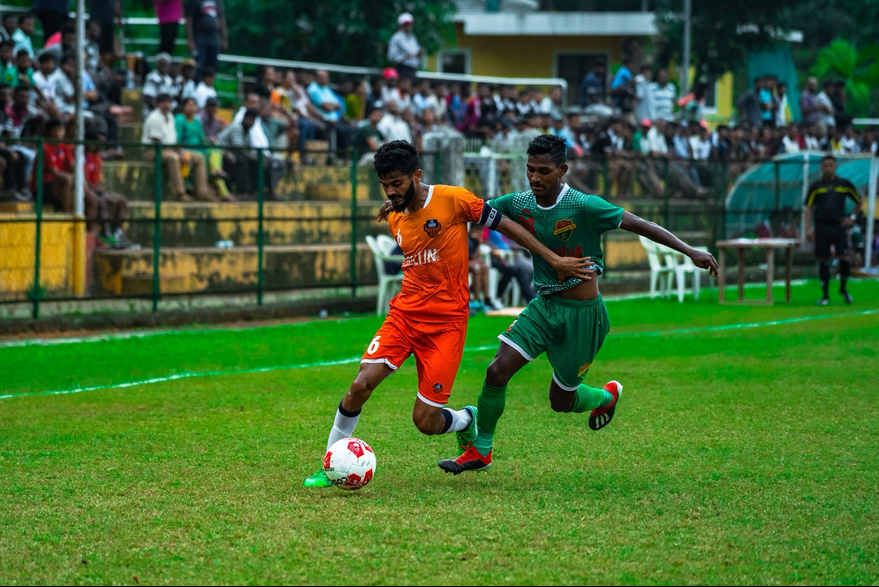 Among Goan clubs, FC Goa youth sides had an edge in terms of results. Speaking about what might be the reason for this success, Derrick mentions, “Firstly, the success goes to all the people who tirelessly work all year round to scout the best players and then mould them into our system. One thing that works in our favour is that we have a team that plays in the ISL and everyone can see that each year there are players being promoted to the first team. This pathway is vital. When a child is offered a chance to play for FC Goa as against any other club from the region, the child and the parents know that he will be looked after and there is a definite path that leads to the first team.”

FC Goa has always played an entertaining brand of football, whether it be under Zico or Lobera. Talking about inculcating that brand of football at the grassroots level, Derrick adds, “It is vital that we give the players enough room to express themselves on the pitch. We were lucky enough to have Zico in our fledgling years, who promoted that brand of football. With Sergio Lobera coming in, his style demanded more methodical ways whilst having a penchant for the players to apply themselves and room to express their abilities.”

“Free-flowing, possession-based football is what we believe in and rest of India associates us with. And that style is given a big focus at the youth levels. We have always put an emphasis on building our own brand of football. At the youth stage the emphasis is on learning and improvement, rather than purely getting results. That is a big reason why you see players like Saviour Gama, Princeton Rebello and Mohammad Nawaz feeling at home even at the 1st team level”

Despite a new coach coming in for the season, Derrick believes the playing style will still largely remain the same around the youth system, “I will, of course, have more detailed discussions when Juan (Ferrando) finally arrives. There can be changes in formations, but with him also hailing from Spain and after initial talks, I feel the style will remain largely the same.”

Finally talking about the COVID pandemic and how it has affected the plans, Derrick mentions, “The biggest thing is that we are not able to play on the grounds like we usually do. Nothing can be bigger than that. We have had to design curriculums and regimes based on the fact that they can’t access grounds and communication has become digital.

Another big thing is that with restrictions all around, the schedule for the upcoming season is unclear. And with that being still up in the air, the whole ecosystem is affected. However, we have to remember that these are unprecedented times and the biggest thing for the youngsters is to be in a safe environment right now.”

“Tribute” to Bhaichung Bhutia – Stadium named after him to be inaugurated after Covid19 subsides
This Award is of the players, by the players, for the players: Sukhwinder Singh