We are heartbroken as match in Kolkata got postponed, says Amiri 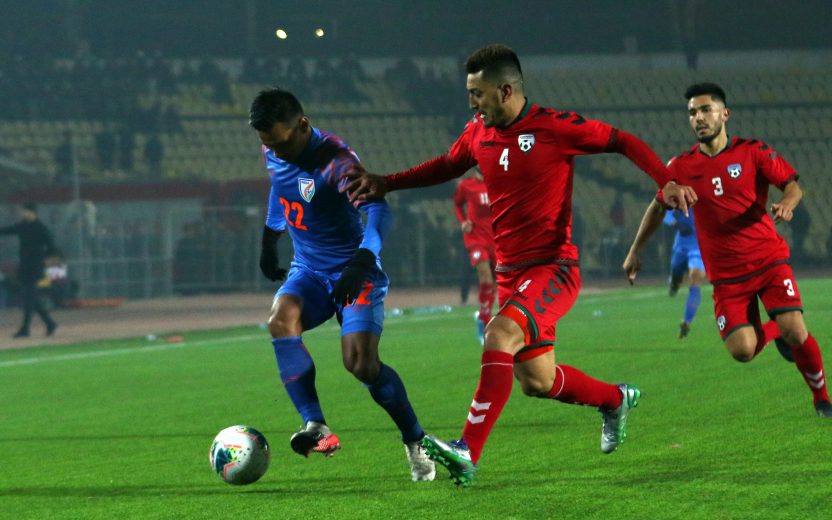 Former Afghanistan Skipper Zohib Amiri, who calls India his ‘second home’, believes that the team is disappointed by the postponement of FIFA World Cup 2022 Qualifiers game at Kolkata

Former Afghanistan captain Zohib Islam Amiri, states that the Covid19 pandemic came as a big setback to the Afghanistan National team as the entire squad was looking forward to soak in Kolkata’s “football atmosphere” when they were slated to play India in the FIFA World Cup Qatar 2022 Qualifiers in Kolkata on June 9, 2020.

“All of us were thrilled when Kolkata was announced as the venue for the match between India and Afghanistan. As soon as the announcement was made, all the boys in the team started asking me what playing in Kolkata is like,” Amiri informs.

“I kept on telling them that it is one of the best cities to play football in — the ground is excellent and the stadium is going to be full of spectators, which will make it a memorable occasion,” Amiri said.

“We had everything ready in place and were looking forward to coming to India and play. But unfortunately, the match got postponed. We were heartbroken. However, all of us are looking to play in India once the game is rescheduled.”

“I am looking forward to meeting and facing my Indian friends again,” Amiri smiled. He is a popular figure in Indian football circles, having played for a number of clubs across the country since his arrival in 2011. He fondly referred to India as ‘his second home’ and talked about adapting to Indian culture.

“I can gladly call India as my second home. I have spent a large part of my life in India and have completely loved it. Having arrived in a new country as a youngster, I have loved every second of my journey here — the culture, the people and the food. I started in Mumbai, then moved to Goa and then to other places. I have a lot of good memories in every city and every club that I have played,” he said.

It was in 2005 that Amiri made his debut with the Afghanistan senior national team and since then he has been a part of many encounters between India and Afghanistan — including the most recent FIFA World Cup 2022 qualifying match between the two teams in Dushanbe in November last year, which ended 1-1.

With lockdown enforced across India, Amiri also talked about his routine at home and how he is keeping himself fit while remaining indoors.

“As professionals, we have to stay healthy and in shape. It doesn’t matter whether you have a ground or not — we have to train and keep ourselves busy. We can do different types of exercises such as squats, push-ups, hamstring and core exercise indoors, in order to remain in shape.”

IKF is coming to your city Post Covid19: Pre-registration is open.
Lockdown has brought everyone together, quips Gokulam’s Zohib Islam Amiri