‘Scoring mentality’ will help Danu in succeeding in the Hero ISL 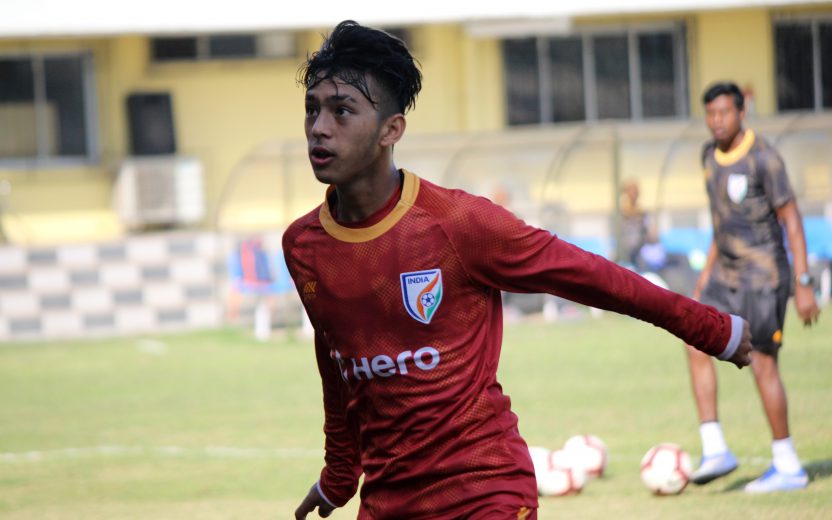 NEW DELHI: Among the young guns to look out for in the latest edition of the Hero Indian Super League (ISL), which kicks off on November 20, 2020, will be former junior India international and Indian Arrows forward Rohit Danu. The 18-year-old will turn out for Hyderabad FC in the upcoming campaign and the attacker is confident that his ‘scoring mentality’ will help him succeed in the new challenge.

“I am positive that I can adapt to this challenge. Once on the pitch, everyone has two feet. My motive will remain to give my 100 per cent at all times for my team, no matter the opposition. Every time I step on the field, I go in with a mentality to score goals. I keep thinking and replaying in my mind that I will find the net and if such a mindset is there, you will be in the right place at the right moment soon enough,” Danu told www.the-aiff.com.

He continued, “I have made the jump through age groups previously as well and played two seasons with the Indian Arrows in the Hero I-League. The transition was tough initially but I feel I adapted to the situation well. After a few games, I got into my rhythm and gained the confidence to score goals. It’s pivotal to always give your best and I hope I can contribute to my team winning whenever I am given the chance.”

Capable of playing across the front line, Danu has caught the eye in recent years with his performances for the Indian team at age-group level, including the Arrows. He went toe-to-toe with Blue Tigers icon Sunil Chhetri in a pre-season friendly and fans across the nation will be looking forward to seeing how he will square up against the biggest stars in Indian football in the coming season.

“It was almost like a dream come true to play against Chhetri-bhai, especially at such a young age. It was a great boost and I was determined to prove myself. I have the utmost respect for him as I have grown up watching him play and he is one of my idols. I am looking forward to playing against senior players, who have won so many awards and trophies for India, in the Hero ISL. Hopefully, I can make those opportunities count when they come,” Danu averred.

The Hyderabad FC squad consists of a number of national team players such as Adil Khan, Subrata Paul, Halicharan Narzary and Nikhil Poojary and according to Danu, he has been learning continuously from his seniors and their guidance.

“All my seniors in the team are superb. They are very helpful and keep sharing their experience with us. Even if we make mistakes, they encourage us to improve and keep pushing us to do well,” he quipped.

The 18-year-old’s journey began with the AIFF Academy in 2015 under coach Bibiano Fernandes and he recalled his junior India days fondly, stating it helped gain vital ‘knowledge’ and learn the ins and outs of the Beautiful Game.

“The first time I represented India was at a youth tournament in Tajikistan five years ago and it was at the AIFF Academy that my journey in football started. I consider it be a turning point for me and it helped me learn so much about the game — both on and off the field. I gained a lot of knowledge through playing there and the incredible exposure we got as well has enabled me to adapt better to higher levels now,” Danu recalled.

However, it has not been plain sailing up the ranks for the youngster as he has had to deal with a number of injury problems over the years. Keeping a ‘positive surrounding’ around him has helped him overcome those issues and the marksman is now aiming to return ‘stronger than before’ in the coming campaign.

“Injuries can get frustrating but I always kept my surroundings positive with the help of my brother, friends and coaches. I tried to keep a positive mindset and kept telling myself that bigger things are in store for me. I kept working hard and in the coming season, I am looking to keep improving my game and come back stronger than before,” a confident Danu declared.