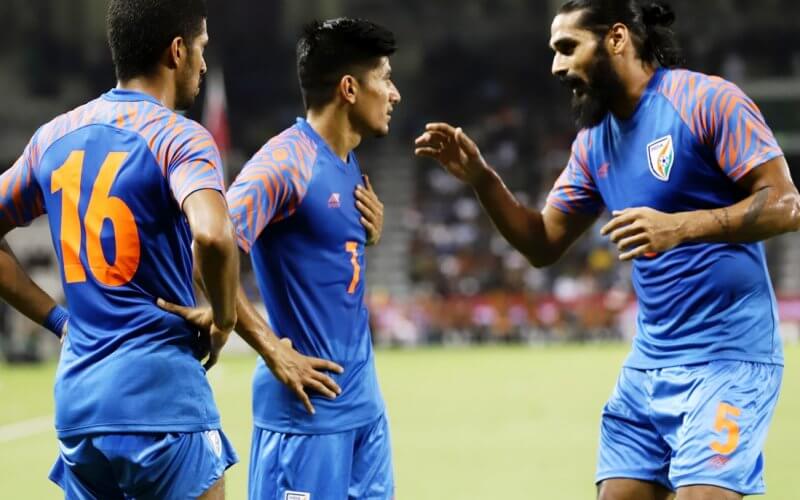 “I strongly feel this is the right time for him to go and play outside (India). It’s a big surprise that he is still playing in India. Whatever Sandesh has achieved so far is entirely because of his hard work. Sandesh is a committed player and wants to play every game. He is a fighter and is up for everything. He is a leader and very patient. We need characters like him in the team,” Venkatesh stated in a live chat with AIFF TV.

“There are many players with great potential. When people ask how we can make the Indian team better — I would say that more players should play for clubs outside India. And for Sandesh, I think this the right time,” Venkatesh averred.

“Not only Sandesh, but also Thapa (Anirudh Thapa) has the potential to play outside India. They are good enough. By mentioning outside India I am not always hinting at European leagues. I only hope 8-9 players go out and play – maybe in the J-League, the league in the UAE, the K-League, or elsewhere,” Venkatesh opined.

Venkatesh even made mention of him and his contemporaries getting offers from clubs in other Asian leagues “but eventually didn’t take the bite.”

“Mahesh (Gawli), Jules (Alberto), myself – we all received offers to play outside. I had an offer from a J-League 2nd division league. But somehow I didn’t take the plunge. We lacked adequate knowledge. But you need to look at Gurpreet and the manner he has improved after playing in Europe. The knowledge a player gets playing outside is immense,” he opined.

“I always encourage players to commit mistakes. Sometimes, they stay shy of playing freely. But it doesn’t help them grow. Unless you commit mistakes, you won’t learn. Everyone wants to see how we can improve. If these boys go out, they’ll learn and that’ll, in turn, help the National Team (improve),” the former midfielder expressed.

He even went to the extent of mentioning it’s time to look for a replacement for a player like Sandesh.

“Everyone talks about who will be the next Sunil. But after 4-5 years we need to make sure that we have the next Sandesh as well because he is an integral part of Indian Football. We need to monitor the young players from now so that they put in an effort and reach that level of success.”