The Western India Football Association ranks second amongst the 36 affiliated associations with the AIFF after their performance assessment for the 2019-20 football season.

The All India Football Federation (AIFF) in its effort to push and encourage the State Associations to contribute to the football development in the concerned states has introduced a points-based assessment system that indicates the performance of the states on the various operational verticals. The operational verticals based on which points have been allotted are Coaches Education (AIFF D-Certificate courses), Grassroots consisting of AIFF Golden Baby Leagues and AIFF E-Certificate Courses, AIFF Academy Accreditation Endorsements, Referees Education (through Cat 3, 4 and 5 courses) and conduction of leagues and competitions including accreditation of academies.

The WIFA organized 14 AIFF ‘D’ License courses throughout the 2019-20 season. Out of the organized courses, 352 aspirants took part and 284 acquired the license. Alongside the ‘D’ License, the WIFA organized 3 ‘E’ License course which is the new module introduced by the AIFF for Grassroots Instructors. The Western India Football Association also arranged 2 Referees Education courses in the previous football season. 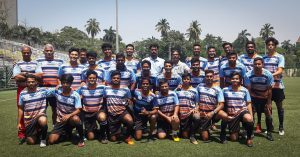 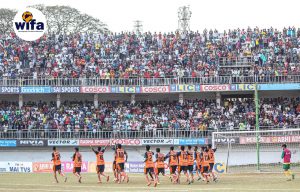 Under the aegis of WIFA, there are 34 affiliated districts with 1200+ registered clubs. With the focus turning on to grassroots development, the district of Mumbai has seen a massive surge of 500+ academy formations for developmental activities in the recent past. There are 18 AIFF Accredited Academies from Maharashtra, which is a big number considering the licensing criteria required to be fulfilled. 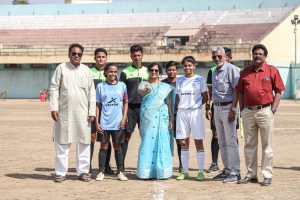 Speaking to Mr Souter Vaz who is the General Secretary of the Western India Football Association, he lauded the efforts taken up the entire team at WIFA. “I’m happy that our work has been recognized by the All India Football Federation. We’re taking positive steps to curate the long term growth, and I’m sure that we will see more teams coming up from the state and more players from Maharashtra representing the national team in the near future.” quoted Mr Vaz. 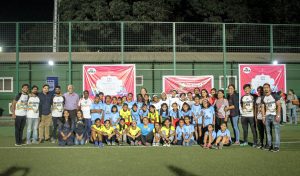 Currently, Farukh Chaudhary, Rahul Bheke and Nikhil Poojary have received repeated call ups from the National Team. Sai Sankhe, Priyanka Sujeesh and Anjali Barkhe have received a call up in the upcoming camp for the U-17 FIFA Women’s World Cup. The state has produced the likes of Alex Ambrose (Assistant Coach, India U-17 World Cup Team) and Floyd Pinto (Former Head Coach of India U-20 National Team and Indian Arrows) in the recent times alongside many others who are regarded as the top coaches from the country.