Redeem Tlang: I admire the way FC Goa play, look forward to the season ahead as a Gaur 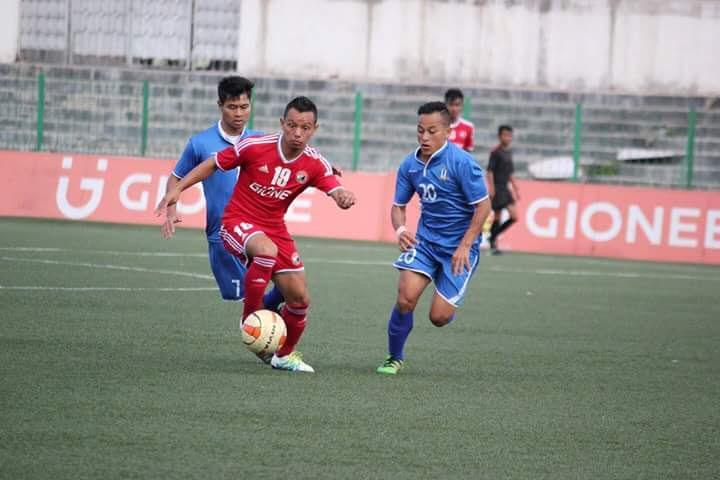 FC Goa recently signed Redeem Tlang on a pre-contract from NorthEast United FC, making the winger the club’s first signing of the season. Here, Redeem speaks about growing up in Shillong, his footballing idols, and what it means to finally be a Gaur.

Congratulations on signing for FC Goa. How does it feel to be a Gaur?

I have always been an admirer of FC Goa and now to call myself a Gaur, it is one of the best moments of my life. I have enjoyed my time at NorthEast United FC but I am thrilled to have the chance to challenge for the biggest honours in Indian football here. Playing in front of the passionate football fans in Goa and alongside some of the best players in the country will be an amazing experience. I can’t wait to get started.

You had a successful spell at NorthEast United FC. How would you describe your time there?

I would describe it as a time when I kept improving as a player off and on the pitch. The two years there helped me learn a lot. It was a good moment for me there and I’m happy with what I have done. And now I hope I improve further at FC Goa.

You have a number of great qualities as a player, but what according to you is your greatest strength?

My greatest strength is that I work hard and will never give up. I want to work, work and work. Even when something isn’t going my way I just keep on going.

What was life like growing up and when did you realise that you wanted to be a footballer?

I went for my first I-League match between Shillong Lajong and Air India as a kid and I saw the stadium fully packed. I was with my parents and from that moment I thought this is so good, I want to be just like them. It was a joy to watch. Football is the only thing I loved to do. I would fall asleep while studying but wake up without an alarm for football.

Which players have you looked up to and tried to emulate growing up?

As I grew up, it was Ronaldo Nazario of Brazil. I saw the 2002 FIFA World Cup final and he made me fall in love with the game. I often look up to Ricardo Kaka as well. Kaka was playing in a similar position as me in midfield at the time. Cristiano Ronaldo is another player I’ve looked up to.

Any specific moments that have stood out for you so far in your career?

I remember scoring my first I-League goal for Shillong Lajong. That was a great moment for me. Another one that stands out is scoring for NorthEast United in the semi-finals in 2019. Scoring at a crucial moment, especially when it is your first goal of the season is very special and it is my favourite goal till date.

FC Goa will play in the AFC Champions League. How excited are you to be a part of something this big?

It’s the first time an Indian team will be in the Champions League and I’m excited for this. It will be tough but we have to be ready for the opportunity.

What are your personal hopes and aspirations now that you are a Gaur?

I want to win the ISL title. The way FC Goa plays is a joy to watch and I want to be here and be an inspiration for other players and young kids as well so that they have something to look up to.

Which FC Goa stars have most impressed you since you joined the ISL a few years ago?

I’ve been watching FC Goa for a while and the team has always played good football. Hugo Boumous, Brandon Fernandes, Seriton Fernandes, Mohammad Nawaz and of course Coro. I’m looking forward to playing with all of them.

What message do you have for the FC Goa fans who are so excited to see you here?

I’m looking forward to meeting the fans and getting on to the pitch. The way the fans support the team is great. They are the 12th man for us and I want to meet them personally. Let’s hope this is our year and we can go another level further and win silverware in the coming season.