I have learned from my mistake: Rahul Das 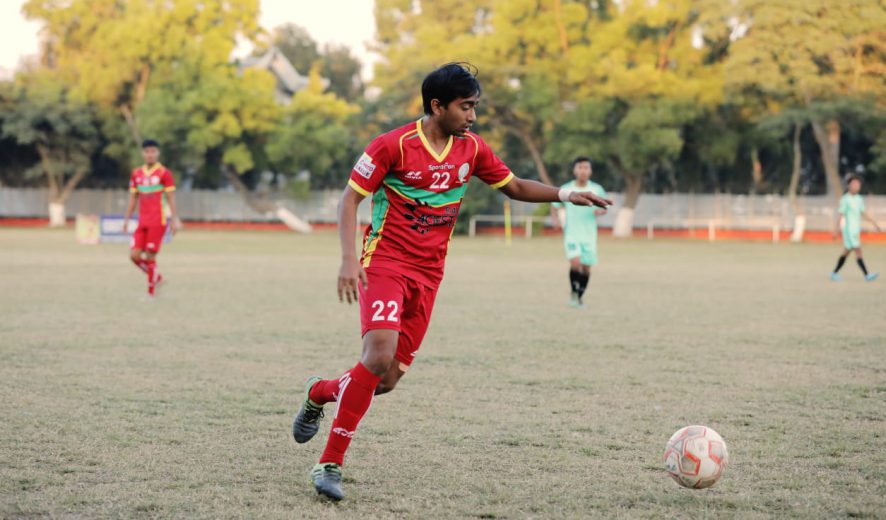 Despite being part of Minerva Punjab’s I League title winning campaign in his very debut season of professional football; Rahul Das has faced a tricky road since then.

Having brought up in football playing locality of Mumbai at Air India Colony, Rahul’s love for football came has no surprise as the youngsters followed his colony boys into playing the game. “We used to go to the ground at a very young age and watch then I League side Air India practice. We used to be like ball boys for them. I was 9 or 10 and slowly from there I started taking more and more interest in football.

By the age of 13, Rahul had been spotted by Coaches Godfrey Pereira and his assistant Shyam Sawant to represent the Air India U15 team. Being the youngest member of the squad, Rahul found game time limited. However, it was the in the next season that Rahul, under the guidance of Coach Anthony Fernandez, came into his own. He played all the matches as Air India U15 went on to become West Zone champions.

“He is a very hardworking player. I remember the first day when he came to play for Air India. He had that aura in him which is not seen in too many players. He is talented, disciplined and willing to learn each day. He has bright future awaited for him.”

Rahul would then go on to represent Maharashtra U17 in the BC Roy Trophy, where the team would go to have a semi – final finish. Remembering about those moments, Rahul adds, “I still remember I was ball boy few years before when the junior state tournament took place in Mumbai and match venue was Air India ground. So from being a ball boy in a tournament to playing in that very same tournament it was a very good experience.”

His impressive performance in that tournament got him selected for the Santosh Trophy. Despite failing to make it to the top 4 by a point, Rahul had done well to impress the national selectors who called him for the U23 National Team preparatory camp for AFC U23 Championship qualifiers.

“India camp was a totally different experience everything was time to time, the selection process was taken very professionally under Coach Stephen Constantine and his staffs. though I did not make it to the squad, but it was a huge learning experience for me. I’m surely prepared for the next time now and I know what it takes to be there and what I was lacking.”

After Maharashtra U-17 campaign, then I league team Mumbai FC Youth team coach Abdul Siddiqui gave Rahul opportunity to play for Mumbai FC U19 team. “My experience at Mumbai FC was great as I was part of Mumbai FC junior team for 3 years and we were like a family, the training we did, the matches we played in U19 I-league, everything was great, it helped me a lot to improve and mature as a player. Though many coaches were changed during that time, I was lucky to play under Kundan Chandra and Alex Ambrose during that period.

At 23, Rahul has become quite a journeyman, from playing in the turf grounds of Cooperage to the cold weather of Kashmir representing Lonestar Kashmir. But Rahul first stint outside Mumbai came within Maharashtra, when he went to out play for Nagpur FC under renowned name – Bimal Gosh. The former India International and then former Air India Coach has played an instrumental role in Rahul’s development. During his time managing Air India (1996-2009), Coach Bimal would often train the Air India Colony Boys of which Rahul Das was one.

“The only reason I went to Nagpur FC was to train and develop myself under the Coach Bimal Ghosh. He has played a very big role in my life to improve me as a player, not only in Nagpur FC but before that also. I was 15 when he left Air India and he used to train us (Colony boys) during that time. The Nagpur stint was a success, those hard trainings of Bimal sir led to my name being nominated for Maharashtra Santosh Trophy and then India U23 camp.” 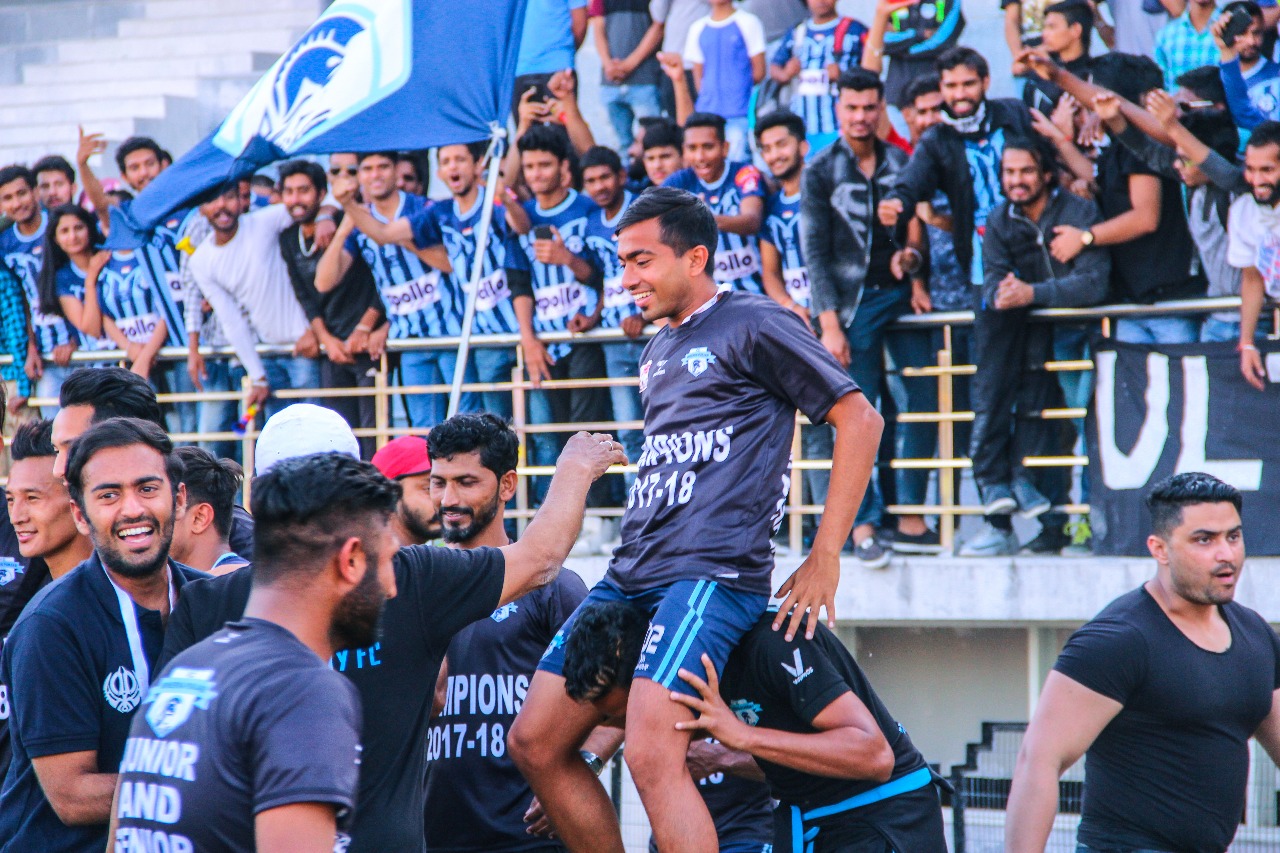 Talking about his Minerva experience, Rahul recalls, “The reason why Minerva was champions that season in I-league was the pre-season training we did and due to the bonding among the boys. We were all like brothers more like a family. It was one of the toughest pre-season. Our training used to start early morning 5 am, with a 3 sessions a day and we used to come at our rooms by 8 in the evening. The credit must go to our owner Mr. Ranjit Bajaj and our coaching staff Sachin Badhade and Khogen Singh. Each and every one gave full efforts even the physio’s. They had an important role because of the load which we were taking on the pitch after each session, there used to be like 5 or 6 players treating with small injuries.”

Further crediting the then Minerva owner Ranjit Bajaj, Rahul adds, “In Minerva, we were treated as warriors and every place, there used to be motivational quotes, before match Bajaj sir used to give us motivational speech and the atmosphere was full of motivation. Becoming I-league champions at my very first season and my first ever I-league team was a great experience and learning for me. I got my debut that season against Shillong lajong and the entire journey was like a dream come true!!”

For a defender, whose first season in league turned out to be a title winning campaign as backup player with Minerva Punjab, untimely injuries have halted Rahul Das’s progress into first team football. Yet, fit and raring to go, the 23 year old Right back has no regrets.

“Injuries have been an old friend of mine in my career so far but it’s not because of my poor fitness regime but perhaps in search of first team football I have often put bit too much of energy during training and that has become my undoing. Nevertheless I have learned from my mistake and ready to go.” stated Rahul on his injury filled career.

Rahul last represented Delhi based club Garhwal FC. “Garhwal Heroes welcomed me as family member though I joined them very late they have been very good and friendly with me. Both the coaches Vikas sir and Anup sir were very good with me and the last few months spent with the team were good learning experience.”, adds the 23 year old defender who takes his inspiration from Phillip lahm and Dani Alves.

Talking about the situation in Mumbai football, Rahul adds, “Mumbai has lots of talent but they need an I-league or 2nd division team very desperately. There are now very few teams in the city, who train daily in a professional manner and players of Mumbai need a proper platform to showcase their talent and reach at a higher level.”

Talking about his preparation for the upcoming season, Rahul states, “Whenever I watch football, I always see and try to learn new things from players, who play at my position but due to this pandemic it has become difficult to train like before, as in Mumbai cases are still increasing. But I am trying my best to train daily around my locality and trying to keep myself fit for next season.”

At 23, Rahul is still young and far from his prime and the lad is confident of getting even better as he signs off with, “For me, it is always gaining experience and learning from my mistakes so that I don’t repeat it next time. I am still young and there is a very long path ahead of me”