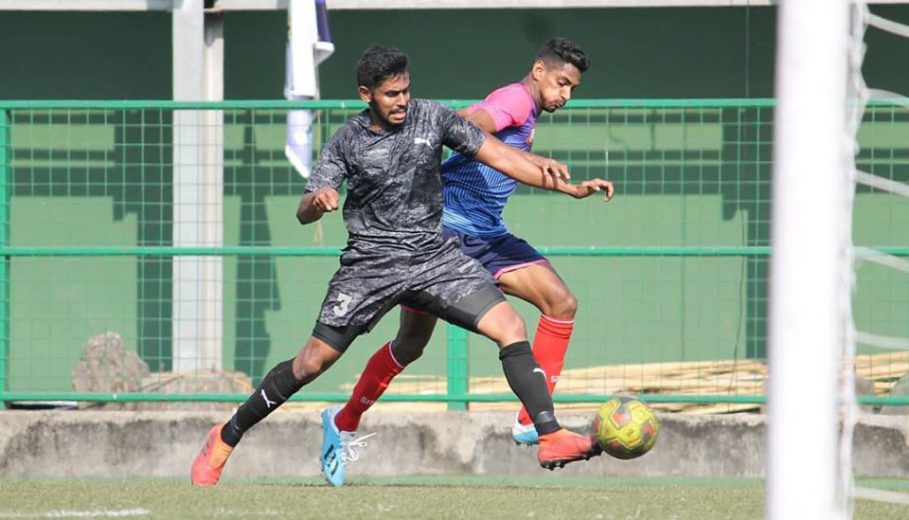 A 2nd half brace from Tejas Shinde handed RBI a dominating 3-0 win over Veniza FC in the Super division match played out at Neville Dsouza ground, Bandra on Saturday.

Yogesh Singh opened the scoring midway through the first half to put RBI in lead at the break. Veniza tried to comeback in to the game but two quick goals in the space of five minutes midway through the 2nd half dented any hopes of revival. Tejas Shinde doubled the lead in the 74th minute before adding another five minutes to seal off the game 3-0.

Meanwhile at Cooperage, Income Tax faced off against HDFC in a tough but close encounter. IT’s Bryce Miranda brilliance in the midfield propelled his side to a 2-0 win with the player contributing in both the goals. After a drab first half, IT took the lead early in the second half when Bryce curling free-kick to the far post finding Deepak Vijay, whose late run was unchecked, as he headed the ball in to the net.

For HDFC, Aditya Dalvi missed a golden chance to put his side into lead early in the second half while Asad Khan’s left footed shot came off the bar. IT Goalkeeper Nihal Hussain played a vital role between the sticks with numerous saves to deny HDFC strikers a sniff on goal as he ended up keeping a clean sheet

Around the hour mark, Henderson Dias doubled the lead to put IT in commanding position.  Bryce Miranda was once among the thick of action after he dribbled past his marker to deliver a pin point cross for Henderson who made no mistake in the finish.

Meanwhile in 2nd Division, MDFA Republic Cup champions OSSM rode on their star striker Shoiab Baig and Darryl D’silva goals to knock Sanpada FC out and qualify for last four. In other quarter final, Boxer FC produced a dominating performance with a 5-0 thrashing of Anstrengung United.

In the final 2 quarterfinal games, Mumbai Marines (SD) and Lemon Break edged past their opponents by a solitary goal margin to reach the semi-finals.