Owe a lot to the foundation during the initial days- Suresh 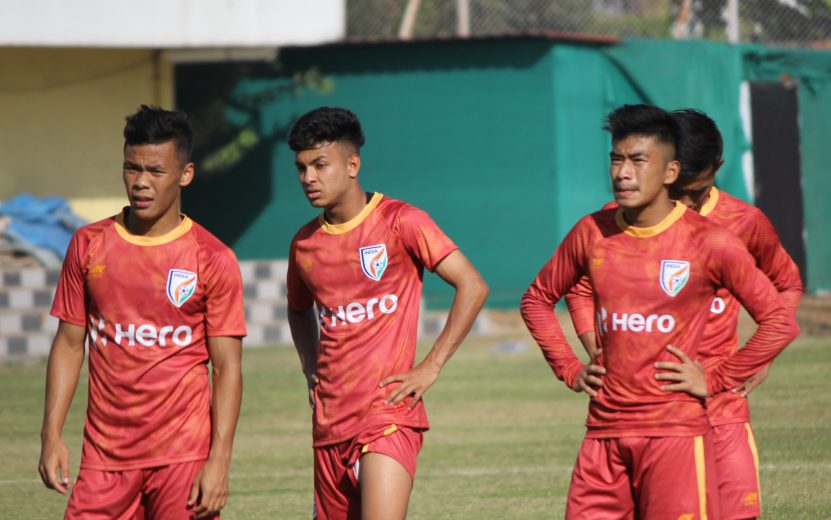 NEW DELHI: Suresh Singh Wangjam, who has risen through the ranks to become an integral member of the Bengaluru FC squad, owes “a lot to the foundation” provided by the All India Football Federation Elite Academy in his formative years. After representing the country in the first-ever FIFA World Cup hosted by India, he gathered invaluable experience during his stint with the Indian Arrows which is being immensely useful during his time at Bengaluru FC.

“I owe a lot to the foundation that I have started building my career on. The whole World Cup phase was so memorable and helpful, given the kind of exposure we received, the teams we played, the platform we got. Once the FIFA U-17 World Cup was done, we got the big opportunity to play in the Hero I-League through the Indian Arrows and that again was a fantastic chance for me to gain experience that I am now using during my time at Bengaluru FC,” the promising midfielder explained during a chat with www.the-aiff.com.

Suresh spent two seasons (2017-18 and 2018-19) at the Indian Arrows before shifting to the AFC Cup finalists at the start of 2019-20 season. The Manipur-born midfielder, in 11 matches during his first Hero Indian Super League season, made 197 passes with a whopping success rate of 73.09%. He feels that he has grown up as a player through the “highs and lows” and is looking forward to capitalise on the lessons that he has learnt.

“My first season in the Hero Indian Super League was one full of learning for me. I had my highs and my lows, but I have learnt through both of them. The coach showing faith in my abilities and giving me my chances which I hung on to through the season was a big positive. Then there was the semifinal against ATK where I ended up making a silly and costly mistake in the box that killed our hopes of another final. But like I said, I have only grown richer as a player and a person through that moment and I will look to build on it this season,” the 20-year-old said.

Adil Khan, Abdul Sahal, Anirudh Thapa, Pritam Kotal and others have always reiterated how much none but Sunil Chhetri has mentored them about diet, fitness regime and other aspects of life. Suresh, who feels “any time spent with Chhetri-bhai is invaluable”, spoke on the same lines too.

“Any time spent with Chhetri-bhai is invaluable. I consider myself extremely lucky to have the chance to share a dressing room and a training pitch with him. He personally speaks with me, advises me, encourages me and talks to me about things beyond football,” he continued. “I’ve picked up reading books, am focusing on a better diet, sharpening my general knowledge. He has even affected my viewing choices on television. It has only been a gain for me and I am extremely fortunate.”

Speaking about the praises from none but the National Team skipper, Suresh stated, “I hold his words of praise very close to me, but more importantly, I become more responsible when I hear him say good things about me. I feel motivated to not let him down. So, while I feel happy about the good things he has to say about me, I also consider it as a great responsibility that I will do my best fulfil.”

He further added that he doesn’t believe in “personal targets” although he wants to improve and encash on “every chance” he gets during the forthcoming season. “I am not one for any personal targets, Obviously, I want to do better than last season, and importantly contribute to the success of the team. We were hurting after the defeat from last season, and we all want to fix that. Personally, I want to keep improving and make the most of every chance I get,” he maintained.

FC Goa and RB Leipzig: Things To Know About The Partnership
Pre-season in Kolkata is the best preparation for us: Curtis Fleming