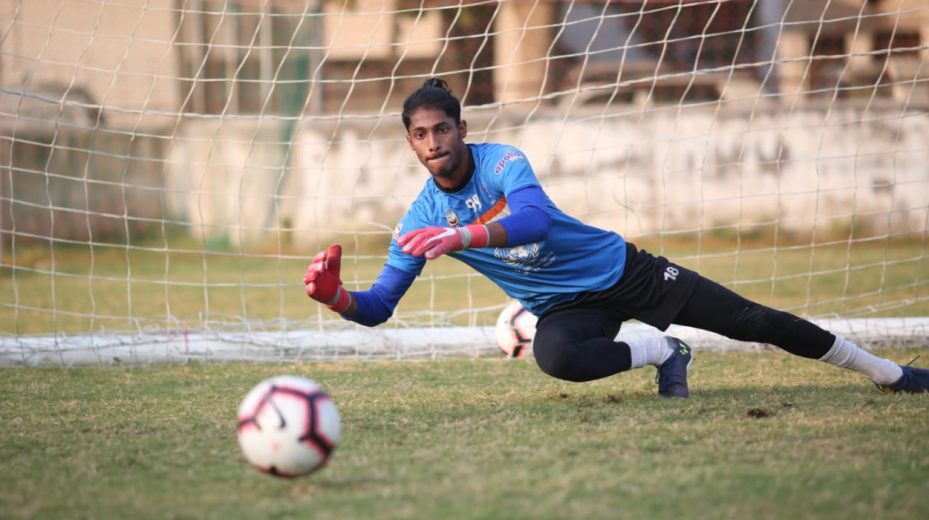 Sudeva FC are the latest entrants in the Hero I-League for the 2020-21 season. Goalkeeper Ashish Sibi talks about his experience at the club and the new challenges that face him.

Sudeva FC has promoted a 19 year old academy graduate Ashish Sibi to their senior side for the upcoming 2020-21 I-League season. The young goalkeeper played in the club’s under-18 squad last season and was a part of the team that participated in DSA Senior division. Ashish started playing cricket in his childhood before picking up football as a sport in the 8th grade in order to get selected in the school football team. Ashish started off as a midfielder before switching to the goalkeeper’s position, soon making it his own.

Ashish started his career by joining Shahstri FC in Dwarka, New Delhi. He later on joined Sudeva FC in 2017 and represented them in the Youth league in 2018-19 and 2019-20.

Ashish credits his parents as his biggest inspiration wants to be the best version of himself. Ashish said, “My biggest motivation as a player is to be able to grow as a great player, learn new things from daily life and be my best version on the field.”

Ashish is a person who sets specific targets for himself. “I set specific targets for myself before every training session or every season. I set small goals like not conceding in a particular game, not make any mistakes with my feet given that I am a goalkeeper”. Ashish unlike other athletes does not believe in pre game rituals or superstitions. He said, “I have no rituals as such before any game. But I always remember my parents before every game”.

When asked about his journey and aims for the new season, Sibi said, “I joined Sudeva in 2017 and played in the Youth league in 2018-19 and 2019-20. I was in the squad that participated in the DSA senior division and now I am promoted to the senior squad. I feel very great to be promoted to the I-League squad and my aim for the new season is to play as many matches as possible and learn and improve every single day”

Sudeva FC is coached by Chencho Dorji who is the first Bhutanese coach at the helm of any club in the history of       I-League. Dorji worked with the Bhutan Football Federation for 12 years. Speaking highly of his coach and his plans, Ashish stated, “I personally feel that he is a good coach because he understands the league and most importantly the players. I think under his guidance the team can achieve massive results.”

Talking about the pre season, Ashish said “The preseason is going very well and the players are also very good. There’s so much to learn from the senior players and it’s great to be with this team. I think the team can get massive results as we are a young hungry side. There’s fighting spirit in all the players and they have the will to win the league”.