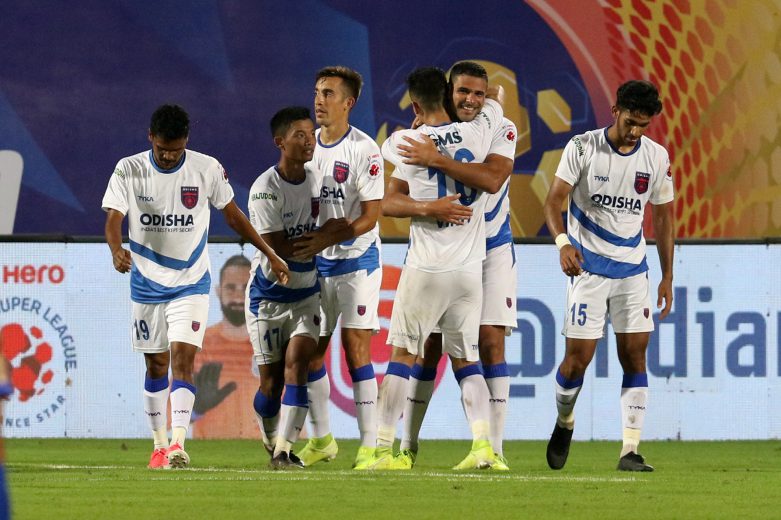 Nothing less than a victory will do for Odisha FC when they host NorthEast United FC in their Hero Indian Super League clash here at the Kalinga Stadium on Friday.

Odisha are currently sixth on the table and five points behind fourth-placed Mumbai City FC. If they fail to beat NorthEast United, they will mathematically be out of contention for the same. Josep Gombau and team have to bring out the heavy artillery and go all out to ensure they remain in contention.

Odisha are in a bit of a rut at the moment, having lost three games in a row with the most recent being a 3-1 defeat to ATK. They desperately need to turn things around and the game against NorthEast might be the perfect opportunity.

“These are two important games. We have approached this season game by game. If mathematics says it is possible we are going to fight for it. We need to be concentrated. We have been training very well. It is a must-win game. If we win tomorrow, we will approach the next game with the same attitude. We have prepared for the match as a final,” stated Gombau.

The Highlanders are winless in 11 matches and to make matters worse, they parted ways with Head Coach Robert Jarni which can be a potential vulnerability in the NorthEast ranks on Friday. Odisha will need the likes of Xisco Hernandez and Manuel Onwu to fire upfront. Onwu has been among the goals ever since he moved to Odisha and will look to continue his form against NorthEast as well.

However, they need to sort out their mistakes in defence which has seen them concede 10 goals in the last three matches. The likes of Gaurav Bora and Carlos Delgado need to step up while Marcos Tebar will need to hold the anchor in midfield.

The Highlanders are coming off a 3-3 draw against Jamshedpur FC which laid bare all their frailties at the back. However, one positive interim coach Khalid Jamil will take from that game is the fact that the team finally scored after a four-game drought. “We have to give our best with everything that we have. We will continue in the way, Mr. Jarni was following. There will be minor changes, that’s it,” said Jamil.

He does have a few injury issues with the likes of Nikhil Kadam and Mislav Komorski ruled out while midfielder Lalengmawia is out because of personal reasons.

Though Irish marksman Andy Keogh is yet to find the back of the net, the likes of Federico Gallego and Redeem Tlang impressed against the Men of Steel and Jamil will hope they can continue that form as they bid to finish the season on a positive note.

Know about the AIFF’s new Football Management course
Hero IWL has provided a broader base of players: Maymol Rocky