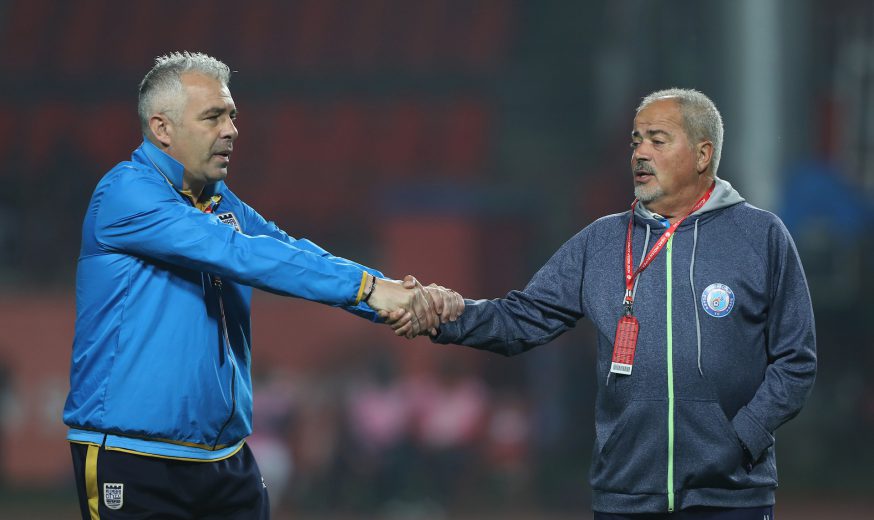 Mumbai City FC will be out to consolidate their position in the top four of the Hero Indian Super League when they take on Jamshedpur FC at the Mumbai Football Arena here on Thursday.

Currently two points clear of fifth-placed Chennaiyin FC after playing a game more, Mumbai need a win against Jamshedpur desperately. Given that their final two matches are against a strong FC Goa and Chennaiyin FC, it is imperative that Jorge Costa’s men make the most out of the Jamshedpur game.

“We must respect Jamshedpur. There are three games till the end of the regular season and we have not changed a lot of things and we will not change. Sometimes we have to make small tweaks, but we will stick to our plan. We need three points. Any point that we lose is very bad for us. We have two options: to win or win. There is no other option,” said Costa.

Mumbai will hope that their recent upturn in form at home will hold them in good stead. They won both of their previous home games without conceding a goal and their defence has been sturdy recently, conceding just one goal in three matches.

The likes of Rowllin Borges has been key to their game, controlling matches from midfield. However, the game changer has been Diego Carlos who has been in exemplary form of late. He scored the matchwinner against NorthEast United. The winger will once again have to rise to the occasion, given the fact that star forward Modou Sougou has been ruled out of the match after picking up a suspension.

Mumbai will also be buoyed by the fact that Jamshedpur FC have a really poor record in away games. Antonio Iriondo’s men have lost their last three away matches. Jamshedpur, coming off a 0-3 defeat to ATK, are seventh on the table with 16 points. They are not completely out of the top-four race but a win on Thursday could bring them to within four points of Mumbai.

However, Iriondo needs a spark from his team to turn their fortunes around. The likes of Sergio Castel and Noe Acosta needs to deliver upfront while midfielder Piti could make a comeback from injury. “We just want to score and create more chances. We need to convert chances. We are not working on having the ball but on creating chances. That’s what we are working on,” said Iriondo.

Jamshedpur have concerns at the back. Poor defending has been a problematic area for Iriondo and his team have been leaking goals galore. The absence of Tiri has hit the team hard and without him, they have shipped eight goals in two matches, with the bulk of them due to defensive errors.

“They (Mumbai) have a good balance between Indian and foreign players. They will be without a good foreign player (Sougou). But they have good replacements. They are a compact team and if there are gaps if any we will try to find those,” said Iriondo.

Also Read: Focus back on top spot battle for Goa after emotional farewell to Lobera