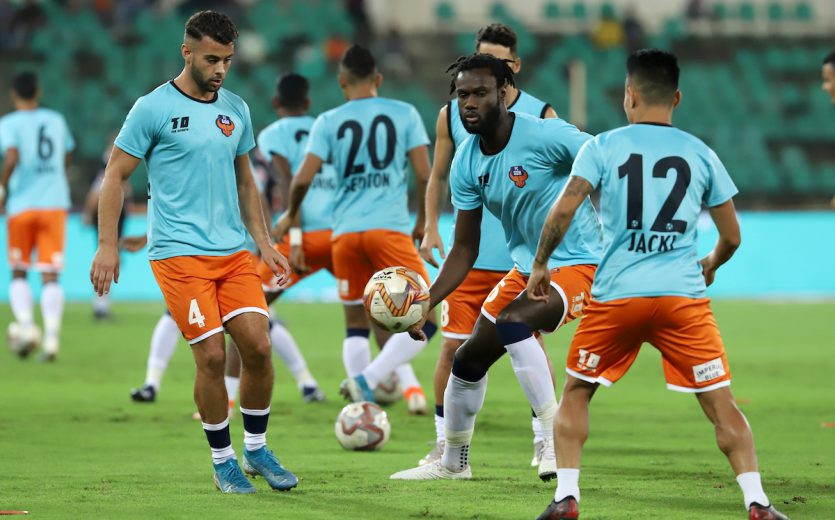 FC Goa will begin life without Sergio Lobera on Wednesday when they take on Hyderabad FC at the Jawaharlal Nehru Stadium, Goa.

The Gaurs will look to keep the momentum in order to not lose out in the race for the top spot which guarantees a berth in the AFC Champions League group stages.

The management took the decision to part ways with Lobera and instead have appointed Clifford Miranda as the interim coach with Derrick Pereira as the technical director. “My focus is on keeping the team together, to play together as a team as always, focus on each and every game. We have the quality in the team but our mindset has to be right.

“When I stepped out to the training field, I saw that there was positive energy among the players, considering the situation. I respect these players and the way they responded to the training. Every day it has been the same attitude by the players, which gives a lot of satisfaction,” said Pereira.

Goa have been amongst the most prolific team this season with 32 goals in 15 matches. This will be the penultimate home game of the season for Goa and they would look to iron out any issues in the game before the play-offs.

Midfielder Edu Bedia remains suspended with four bookings but influential midfielder Ahmed Jahouh will return to provide Goa with a cushion ahead of the four-man defence. It must be mentioned that amongst the top three teams, Goa have conceded the most – 20 with Bengaluru FC (9) and ATK (10).

Meanwhile, Hyderabad FC have six points from 15 matches and need another four to avoid having the worst points tally after 18 matches in an Indian Super League (ISL) season.

What would concern coach Javier Lopez is that his team haven’t kept a clean-sheet all through the campaign and have the worst defensive record with 33 goals leaked in. They are coming into the game on the back of a 1-0 defeat to Bengaluru FC, a game in which they missed a penalty and were denied on a couple of occasions by goalkeeper Gurpreet Sandhu.

They have loaned out players in the January transfer window and have also roped in a few players such Souvik Chakrabarti and Hitesh Sharma. “Hitesh is a young and smart player. He knows how we play in between the lines. He has good technical ability,” said Lopez.

Nikhil Poojary, who impressed in the Nizams’ last outing believed this was a golden opportunity to hit Goa while paying tribute to the now-departed Lobera. “Lobera has done great things for Indian football. This is the best time to play FC Goa and this is the best time to spoil their party,” the winger quipped.

Will Goa keep charging or will Hyderabad put a damper on the new era at the Fatorda?