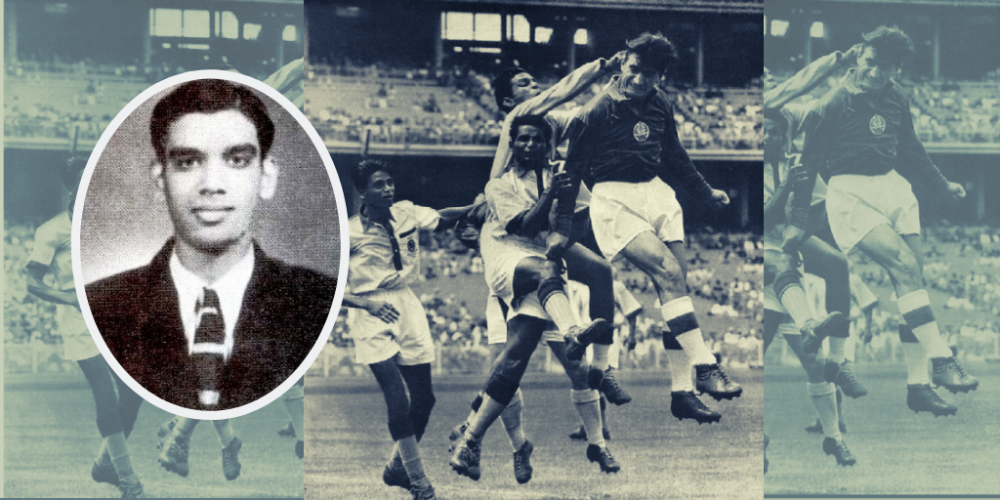 On today’s story of Legends of Mumbai Football, we go back to the 1950s era, considered to be the golden period of Indian Football as we dwell into the life of Neville D’souza – the only Indian ever to score a hat-trick in Olympic Football.

When it comes to talking Indian Football and FIFA World Cup, the missed opportunity of 1950 often comes up but when the Indian Football at Olympics is discussed, one name should come as no surprise to the Indian football fans and that is of Mumbai’s very own Neville D’souza. The legendary striker was the first Asian and remains the only Indian to ever score a hat-trick in Olympics football.

Early years in hockey and switch to football

Growing up, Neville D’souza was a fine hockey player representing St. Xavier’s High School and then St. Xavier’s College before going to play for the Tata’s with whom he lifted the prestigious Beighton Cup from Kolkata in his very first year. He was also the member of the East Africa tour in 1952, where once again representing the Tata’s, Neville showed his brilliant goal scoring skills scoring 34 goals in only 17 matches. Back home in Mumbai (then Bombay), Neville represented the city for the National hockey league till 1955.

Alongside hockey, Neville had interest in football too and soon enough made an important permanent switch in his career. Playing in the Mumbai League, Neville first represented Goans Sports Club (Mumbai based club) before joining Tata’s the next year. He went on to join one of the top Mumbai clubs of the era Caltex Sports Club in the year 1958, playing an instrumental role for the club as they went on to become the first civilian side from Bombay to win the legendary Rovers Cup. He also captained the Maharashtra outfit in the Santosh trophy in 1955.

Neville D’souza scored his first ever goal for the national team in the 1953 Colombo Cup during the opening game against neighbours Pakistan. The following year during the 1954 Asian Games, Neville D’Souza scored the third goal of the game against Japan as India went on to win 3-2. In the 1955 edition of Colombo Cup, Neville D’Souza alongside PK Banerjee played a vital role in front as India went to claim their 4th title with the former scoring the winner in the final group game against Pakistan.

Former India goalkeeper SS Narayan during an interview with The Hindu pointed out, “Neville’s control was so good that once the ball was in possession, He was the absolute master. When on the move, his ability to dribble, cutting is the right word, was exceptional to the point that the ball would always be between his legs”. While Neville D’souza stature grew, it was the Melbourne Olympics in which he etched his name into the history books permanently. 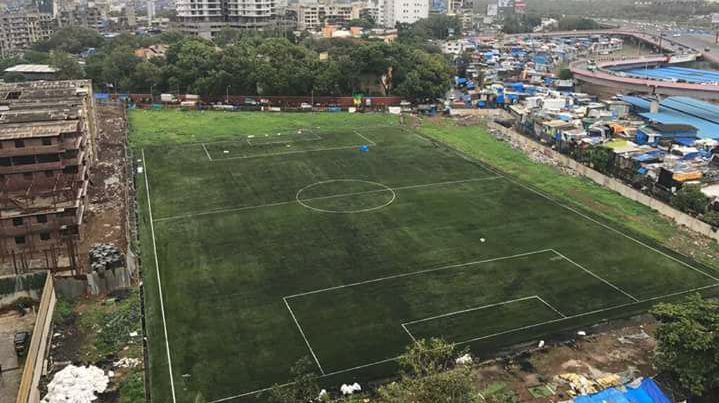 In the 1956 Melbourne Olympics, India faced off against a much fancied opponent and host Australia backed by a decently strong home support. However, Neville D’souza sparkling hat-trick of goals meant India ended the game 4-2 to qualify for the semi-finals. In the semi-finals against Yugoslavia, after an even first half Neville D’souza opened the scoring to put India in lead. Few minutes later, Neville almost doubled the lead as he dribbled past two defenders before chipping it over the onrushing keeper only to be denied by the bar. India failed to capitalize on the lead as Yugoslavia eventually went on to win the game. Despite India’s 4th position finish in the tournament, Neville D’souza ended the tournament as top scorer tied alongside Yugoslavian Todor Veselinović and Bulgarian Dimitar Milanov.

Neville D’Souza’s sterling display in attack brought India to the pinnacle of glory, almost an Olympic medal. The hosts Australians were so shocked by the loss that they called it a fluke and challenged India to a rematch as soon as the Olympic Games ended. India took up the challenge and went on to thrash the Socceroos 7-1 with Neville D’souza once again starring with a brace alongside PK Banerjee and Kittu. Neville D’souza retired from the sport in 1963 and soon took up coaching. He was also on the selection panel of the All India Football Federation.

“When you faced him inside the box, you couldn’t do a thing. You felt as if you were mesmerized and he would beat you with the simplest of shots.”

Despite his terrific achievements, it was quite unfortunate that his legacy went unnoticed by the government. It was not until 1990, 10 years after his untimely death due to brain hemorrhage that the Goan government honored the legend. Despite playing almost his entire career in Mumbai, Maharashtra, it was not until 2004 when MDFA finally recognized the contribution of late Neville D’souza and felicitated him. In 2017, the Bandra ground in Mumbai that hosts the MDFA league games was inaugurated and named Neville D’Souza Turf in memory of the legend.

While back in the day, lack of media coverage and exposure kept these legends in obscurity, it’s time that we know about them and remember them for their contribution to the game of the football.

Sandesh Jhingan invokes Lord Buddha, urges fans to appreciate what they have
AIFF President meets National Team coaches via video conferencing, encourages all to ‘keep up the good work’