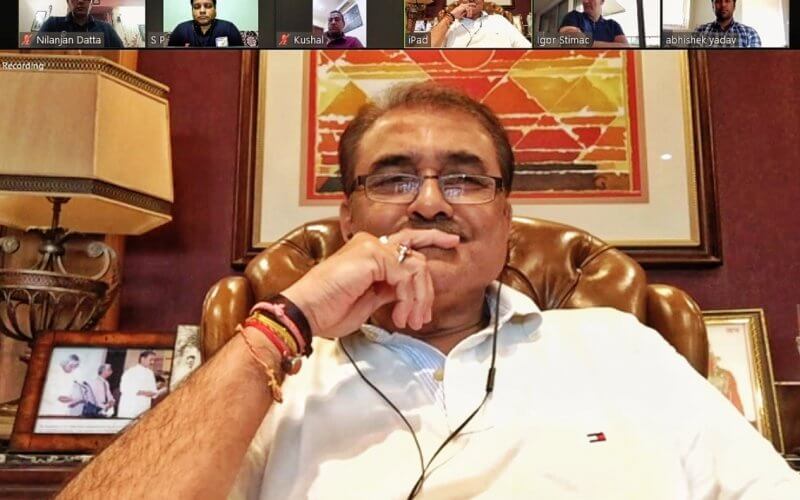 All India Football Federation President Mr. Praful Patel joined all National Team coaches via a video conference to understand the sustainability of development of various age groups during the lockdown phase, and also their well-being.

The Coaches apprised Mr. Patel about the respective individual workout schedules which have been handed over to all players during the period, and the process they are being monitored, courtesy video conferencing and various WhatsApp groups.

Mr. Patel stated that “these are challenging times for everybody and that no one had seen anything like this. We need to be patient.”

Lauding the coaches doing a “great job,” the AIFF President said: “There’s a huge amount of work going on at the age-group level, and all of that is our constant effort to bring in a big change in India’s football culture. India is a big country with a lot of limitations but our effort is to continue on the process for laying a strong foundation for the future of Indian Football teams.”

The General Secretary also apprised the President that the AIFF Technical Committee which met earlier in the day has recommended the 3 (foreigners) + 1 (Asian recruit) rule for all domestic league matches to be implemented after 2020-21 season.