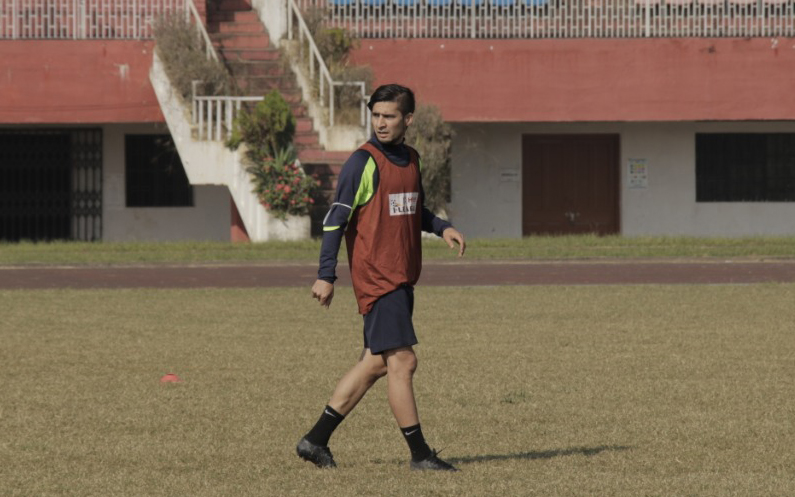 NEW DELHI: Nippy Tajik winger Komron Tursunov hopes to carry his “champion’s luck” when he makes his debut for the Manipuri outfit TRAU FC in the forthcoming Hero I-League season, which will kick-off on January 9, 2021.“In the last three seasons, I have always won the title – first two seasons in my country followed by the Hero I-League win with Mohun Bagan last season. I strongly feel that I can carry my champion’s luck here. I can be the lucky charm for TRAU FC,” the Tajik playmaker said to www.i-league.org.

“From my experience of the last season, I can say TRAU have a balanced team of experienced players as well as promising youngsters. As a senior player, my role would be crucial and I’m eager to take the challenge head-on,” the 24-year-old stated.

Before reaching Imphal, he scored against the UAE in an international friendly in Dubai earlier this month and the winger feels that the national team camp would help him perform better in Hero I-League.

“It’s always nice to represent your country, especially when it comes just before the league, it helps you to be in the right shape to deliver for your club,” he said.

However, he further mentioned that he would miss the passionate supporters in the stands once the league kicks off and revealed how he got overwhelmed by the response from the fans last season.

“The love shown towards me by the fans in Kolkata was amazing and I have seen that the supporters of TRAU are also very colourful and they cheer for you till the final whistle. We’ll miss them all this year,” he quipped, with the Hero I-League set to take place under strict COVID-19 protocol.Tursunov added, “We don’t have any other option and this is the best alternative, keeping everyone’s safety in mind. I am thankful to the All India Football Federation to set the ball rolling.”