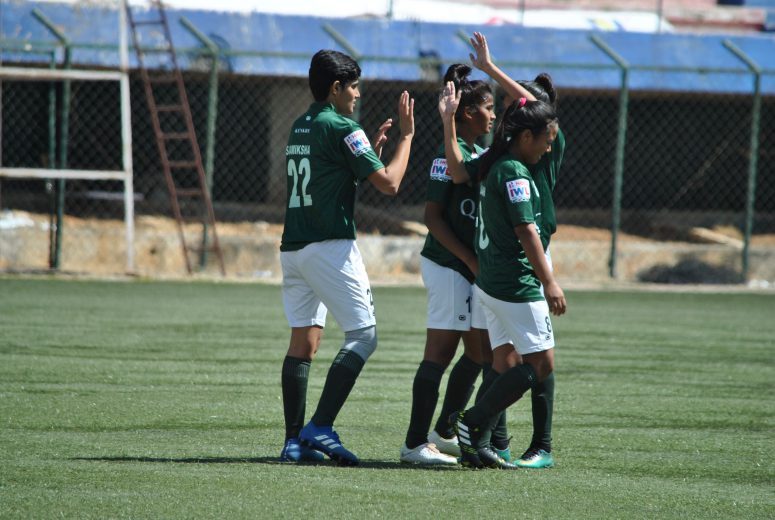 Kenkre FC overcame Odisha Police by an overwhelming margin of 4-1 at the Bangalore Football Stadium in the Garden City today (January 25, 2020).

Kenkre FC had their first chance in the 14th minute when Soumya tried to sneak in from the right but the Odisha Police defender Hema Xaxa intercepted on time to avert the danger.

The skipper opened the scoreline in the 25th minute when she capitalised on a misjudge by the goalkeeper Digi Majhi. The Mumbai-based outfit scored two quick goals to take a hefty lead of 3-0 at the end of the first 45 minutes. Soumya completed her brace in the 39th-minute from close before Samiksha joined the party in the third minute of the added time of the first half.

After the breather, Odisha Police came very close to open their account but Arati Anima Khadia’s grounder missed the target by a whisker in the 55th minute. In the 69th minute, Soumya completed a hat-trick, which happened to be the second one of the ongoing Hero IWL tournament, having breached the defence from the middle. Jabamani Soren scored one consolation goal for the Red outfit three minutes to the end of the regulation time but it was too late to deter the inevitable.

Kenkre continued to attack Odisha Police with more attacks in their pursuit of extending the lead but the Odisha girls saw the dangers until the referee Kanika Barman blew the final whistle.