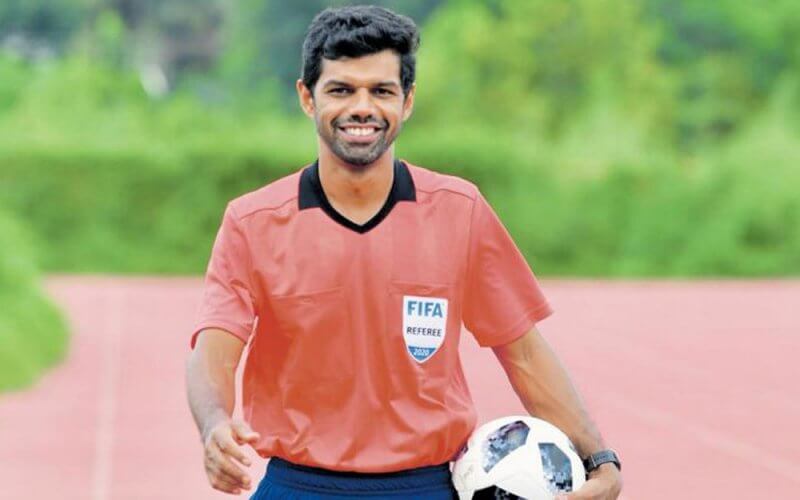 While the regulated lifestyle and rigorous training regimes of footballers – who work diligently to improve fitness in the gyms, follow stringent diet plans, study various tactics to function as a team – is well known, what often tends to escape our attention is the equally intense behind-the-scenes preparation, undertaken by match officials to ensure the game is enjoyed on a truly level playing field.

In an exclusive chat on AIFF TV, eminent referee Rowan Arumughan opened up about the crucial role that meditation plays in his pre-match routine.

“Meditation is a part of preparation. It helps the referees focus and improve concentration. However, there are many other aspects too,” said the FIFA panel referee, before going on to detail the four points that he believes are crucial for every referee to make the cut at the very top level of the sport.

“Fitness is first,” he enumerated. “A referee has to maintain fitness throughout the year, there is no off season. At any given time, he has to be ready for a fitness test. If a person is not fit but has all the knowledge – what is the use of putting him on the field of play? No one will accept that.”

“Knowledge of the ‘Laws Of The Game’ is also of paramount importance. If the referee is fit but not aware of laws then again there’s no use of putting him out there,” continued the referee who in 2011 was picked to officiate in Lionel Messi’s first game as captain of Argentina as they went up against Venezuela in a FIFA friendly at the Vivekananda Yuba Bharati Krirangan in Kolkata.

“Another very important thing is teamwork. When we go to officiate, along with the assistant referees and fourth official, we all work as a team, to come through a situation successfully. Without the team we cannot succeed in any aspect.” stressed Rowan.

“All of these combined, we also need to be consistent, if you do well in one match and not in the next, it doesn’t work. You need to perform consistently over time to gain respect. When you gain respect, players understand and know that this referee minds his own business, so that makes life easier,” he stated.